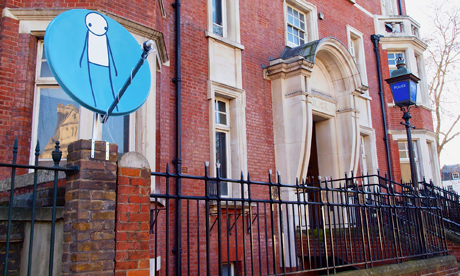 A campaign group is collecting signatures on a petition to Hackney Council for an in-depth review into the impact of policing and community safety measures on young people.

Stop Criminalising Hackney Youth (SCHY), founded to offer support to the young people involved in last year’s riots – and their families – has identified the long-term use of stop and search and dispersal orders as key elements in the tension between young people and the police.

SCHY chair Sadie King says she hopes the group can make a personal connection with young people who were convicted and are now serving sentences for their part in the riots: “We believe their sentences were too harsh and we want to make sure that they come back into the community.”

She hopes that the group can have an influence on changing the outlook of young people in Hackney, encouraging debate and communication on topical issues so that their anger can be channelled in a constructive way: “We really want to start working with young people. We want to actually start talking about them about their situation and be political about it. Ask them, ‘what do you think about the recession?’ That’s one of the problems, they’re not politicised in any way.”

Whilst admitting that there is no excusing the damage the rioters did to local businesses and the community, SCHY is seeking to raise awareness on behalf of those that they think have been let down and mistreated by the police, local and national government, and the justice system.

Ms King explains: “We wanted to ensure that people understood that there were social and economic reasons behind the rioting and the police had a role to play in it.

“It’s made worse by the cuts because all the services now are targeted services. They’re saying ‘we’ll provide more for less’, you can’t do that. If you cut services or if young people haven’t got access to training, to education, then things like this will happen. You will just ghettoise people, the gap between the haves and the have-nots gets worse and worse.

“There were reasons. It wasn’t good but there were some things that needed to be addressed, behind the rioting. It wasn’t just feral, criminal, losers who did it. It was an explosion of anger on the streets.”

Ms King lives on the Pembury Estate, which she believes has changed for the better while she has been living there. At the same time, she has been the relationship between the community and the police go from bad to worse.

“It [the Pembury Estate] is a different place to what it was when I first moved in. There were a lot of police around then because there were crack dens and prostitution and those things did need to be dealt with.”

She rejects the reputation that the estate has now: “You can give your keys to your neighbours, people look out for each other and it’s really multicultural. It’s like a big village really.”

But Ms King also concedes that crime is still a real issue in the area: “We’re definitely not saying that gangs don’t exist.”

The mother of a young person who was arrested following the riots says that she knew of boys who had grown up in gangs on the estate, reached adulthood or been to university, yet still remained regularly involved as ‘elders’.

She believes that police officers are unprepared and largely intimidated by the Pembury Estate, its gangs and, in particular, the suppositions surrounding the area.

She says: “They need to do more police training. They are so scared when they come here, that’s why they behave like they do.”

She asked to remain anonymous but was willing to speak about her son’s arrest in a morning raid, before describing the impact that it had on her family and her view of how the repercussions of such incidents continue to be felt long after they occur.

“The police came into my house, they went into my younger son’s bedroom before actually going for the one they were coming for. He’s totally traumatised by it.

“What he will be telling his mates is ‘beware of the police, I hate them’ because of his experience. Before you know it, you’ve got the next lot of boys who hate the police.”

The petition is a way of getting the council to address these issues. Ms King says: “We put the petition on e-petitions but we’re getting far more from the street petitioning. We set up a stall at St John’s churchyard and then we go off into two groups, door-to-door on the estates. We got about 150 signatures in three hours. We’ll get the signatures required quite quickly.”