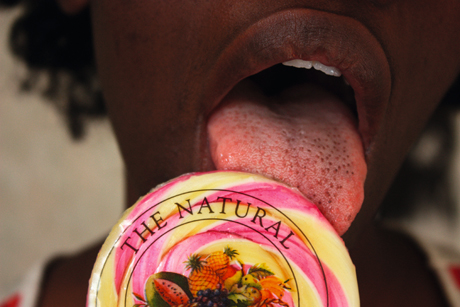 From imaginative portraits of Victorian children to a bleak snapshot of climate change, photos are cropping up all around Hackney as part of a festival celebrating photographers living and dead.

Photomonth – now so big it runs for two months a year – is now well underway. Venues range from art schools such as Sir John Cass to Spitalfields retailers and local cafés, with over 100 places signed up to show prints. The festival stretches from Pages of Hackney to Spitalfields Market, and from the Jerusalem Tavern in Clerkenwell to Stour Space at Hackney Wick.

Exhibitions range from Victorian photographer, Julia Margaret Cameron, whose pictures of children hint at a lost innocent gaze, to the prolific local star Phil Maxwell, whose 40-year retrospective covers East London from the flared 1970s to the extremes of poverty and riches felt today.

As well as the shows, there are plenty of debates and lectures about the role photography plays in 2011. One of the festival’s most anticipated events is a talk organised by Amnesty International on the way campaigners used the internet to publish images from the Arab Spring on Thursday 29 November.

If you want a more hands-on experience Photomonth, Alternative Arts have planned two guided walks for Sunday 6 and 12 November.

The first follows part of a historic East London route, the Porter’s Path, to get an insight into how Victorian and Edwardian trades around Broadway Market, while the second hops around photographers’ favourite spots in Stoke Newington – its ‘castle’, churches, park, cemetery and high street – to compare modern images with old.

Whilst the festival has a broad appeal for anyone interested in art and local history, festival organiser Maggie Pinhorn says that the event has special relevance to the people behind the viewfinders: “It presents many opportunities for photographers – there are lots of workshops and discussions about professional development, such as the portfolio reviews and the debate at Amnesty International.

“Photomonth has been running for 11 years and just gets bigger every year as more and more photographers participate.”

Finally, there’s a nod to homegrown talent on Thursday 24 November when the local museum screens work by leading Hackney photographers such as Tom Hunter, Stephen Gill and Jenny Matthews. Works like Hunter’s shopkeeper portraits, Gill’s Hackney Flowers and Matthews’ smile-raising street portraits show us the area we know and love through a stranger’s eyes.

← Literary NovemberEyes on the wool →