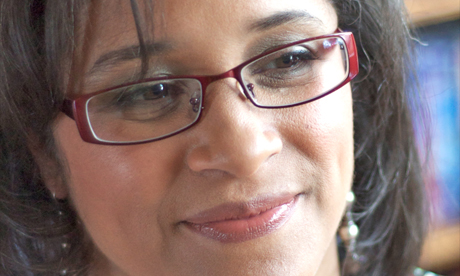 12 October:  Historian Oliver Bullough with be speaking at Broadway Bookshop on Broadway Market about the lost, brave and bloody history of the people of the northern Caucasus. His book Let Our Fame be Great: Journeys among the Defiant People of the Caucasus brings to life this hidden history from the Russian Tsarist genocides of the 19th Century to the Chechen uprisings of today. Oliver Bullough was a Reuters Moscow correspondent, and is now Caucasus Editor for the Institute for War and Peace Reporting.

13 October: Clapton Bookshop Pages of Hackney welcomes the award-winning music journalist Garth Cartwright to read from his two books, Gypsy Music – Princes Amongst Men and More Miles Than Money – Journeys Through American Music. In these two highly-acclaimed books of sonic and social reportage, Garth took tothe road in search of the music he loved, music of passion and purpose, made by communities often at the margins of society. His path-breaking exploration of gypsy music saw him traverse the Balkans in a series of striking encounters with the most remarkable musicians of a troubled region.

Following this, and armed only with a Greyhound ticket and enough money for his next beer, Cartwright set out to see whether the American roots music he had always loved – blues and country, folk and soul – was still alive in the 21st century. His wandering took him from the LA bus station to the Mexican cantinas of San Antonio, the Indian reservations of New Mexico to the last surviving juke joints of Highway 61.

25 October: Novelist Joe Dunthorne will be reading from his new novel Wild Abandon. In this tale Kate and Albert, sister and brother, are not yet the last two human beings on earth, but Albert is hopeful. The secluded communal farm they grew up on is – after twenty years – disintegrating, taking their parents’ marriage with it. They both try to escape: Kate, at seventeen, to a suburbia she knows only through fiction and Albert, at eleven, into preparations for the end of the world – which is coming, he is sure.

Joe Dunthorne was born and brought up in Swansea and now lives in Hackney. His debut novel, Submarine, won the Curtis Brown Prize. His poetry has been published in Poetry Review, New Welsh Review and Voice Recognition.

27 October: Pages hosts three of London’s most visceral explorers. Iain Sinclair, Sebastian Groes and Tom Bolton read from their work. The discussion is based on the research for Dr Groes’ book, The Making of London, in which the author warns that conservationism and the fetishisation of London’s past can also blind us to new possibilities offered by the city.

The book traces a majorshift in the representation of the capital city, from the postmodern obsession with textuality, the shoring up of London’s myths against a declining social fabric, and an exuberant multicultural utopia, to an anxious post-9/11 metropolis that has fallen apart. Is London undone?

27 October: The Book Box in Clapton hosts a reading and book signing with Yvvette Edwards, author of A Cupboard Full of Coats (Longlisted for the Man Booker Prize 2011).