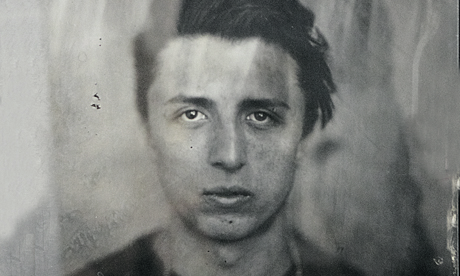 The urban festival has become a ubiquitous phenomenon in recent years, knocking the muddy field rave off its tarpaulin-covered perch with the promise of warm, dry fun.

But while Manchester’s In the City and Brighton’s Great Escape may be the first two that spring to mind, for Hackney dwellers the ultimate springtime shindig is just a stone’s throw away.

On 28-29 April, the humble Kingsland Road will host Dalston’s very own Royal knees-up.  The fittingly named Land of Kings is a two-day arts showcase offering everything from video installations to burlesque striptease.  Now in its third year, it is a glowing testament to the area’s thriving creative community, reminding all why E8 was once dubbed “London’s coolest postcode.”

Organisers will seize control of a range of much loved venues, from the Rio Cinema and Arcola Theatre to the Vortex Jazz Club and Moustache Bar. But keeping in with that typically surreptitious Dalston vibe, Land of Kings acquaints revellers with some of the area’s lesser-known venues too. “It’s about a balance of getting the popular spots – The Nest, Vortex, The Alibi as well as some that people are less familiar with. And I’m still a fan of Dreams. It’s probably the most underrated club in the world,” says Nick Griffiths, director and co-founder of the festival.

Transforming modest spaces into heaving rave pits, previous festival highlights include Erol Alkan’s staggering set at the Stone Cave restaurant. And living up to its reputation as the ultimate party destination, Dalston’s basement dens will once again come alive to the sound of reverberating bass lines and pounding disco beats. As party goers are treated to DJ sets from the likes of Romy XX, Rory Phillips, Hannah Holland and local veterans Shut Up & Dance, live music will be provided courtesy of rising MC Ghostpoet, ethereal dreampop duo Visions of Trees and psychedelic four-piece Django Django.

Elsewhere, there will be performances from household names like Moshi Moshi, Girlcore, Say Yes, Batty Bass, Brownswood and Clash Magazine. You can sample the culinary delights of Rebel Dining Society’s secret banquet and there’s topical entertainment from Stoke Newington International Airport’s Wedding Remix Cabaret show. For the film lover, Hackney Film Festival and East End Film festival have collaborated to curate a night of shorts at the Rio.

So what makes Dalston so special, according to Nick? “It’s got that mix of cultures and types that you wouldn’t get anywhere else. Like hipsters brushing past Turkish old boys.”

And with the promise of a discounted kebab at the end of the night, surely there’s no better way to see in the festival season.

Latest tracks by LAND OF KINGS