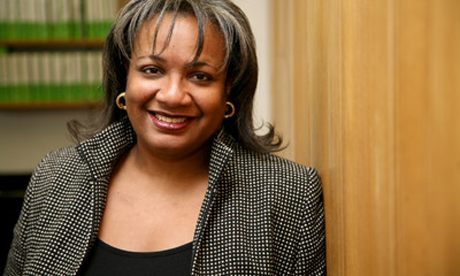 This article titled “The dead hand of the whips” was written by Diane Abbott, for guardian.co.uk on Tuesday 15th February 2011 14.04 UTC

Every student of politics knows the significance of the committee stage of getting legislation through the House of Commons. It is the point in the process when a small group of members of parliament scrutinise legislation line by line. What is much less understood is the extent to which the committee stage has become a dead letter. It does not matter which party is in power. Party managers (ie the whips) make it their business to ensure that the government MPs on the committee, who are always in the majority, say absolutely nothing.

Any government MP who goes on a committee with the genuine intention of scrutinising legislation knows they risk their career. As a further refinement, government whips do their best to ensure that anyone who knows or cares about the legislation does not get on the committee in the first place. Anyone who thinks this is an exaggeration is welcome to go and look at any bill committee any day in the House of Commons. They are open to the public. There they will see the MPs on the government side industriously working through their correspondence, oblivious of what is actually going on. They do not have to pay any attention, because they are not supposed to speak.

Now Sarah Wollaston, the newly elected Tory MP for Totnes in Devon, has stumbled across this practice. She actually supports the government’s controversial health and social care bill. But she was a doctor for 24 years. Consequently, she has some practical amendments that she thinks might improve it. But it was made clear to her that she could only get on the committee if she agreed to keep quiet and support the government. Poor Wollaston was shocked. But other MPs are not shocked enough. When Labour was in government, our whips took exactly the same approach. The excuse is that the time for debating legislation is short. But the truth is that governments habitually enact too much unnecessary legislation. The public would be much better off with fewer laws, properly scrutinised.

But the toxic effect of the current system is plain to see. Bad legislation goes through the House of Commons not properly scrutinised. The House of Lords does its best, but too much legislative dross ends up on the statute book. If the ill effects of the legislation become too obvious, governments often have to put through further legislation on the same subject in the same parliament. So much for the notion that a lack of proper scrutiny saves time. It is obviously a waste of public money to spend thousands on lengthy committees that are a sham. More profoundly, it is all part of a process in which MPs are discouraged from speaking their mind and standing up for their constituents.

I was rarely allowed to sit on bill committees at the height of the New Labour ascendancy. I have a long-standing interest in immigration and asylum. But I remember only being appointed to one such bill because the minister (who happened to be a friend) intervened with the whips on my behalf. But even he said to me plaintively, “Diane, you will vote with the government, won’t you?”

The new backbench business committee, led by my colleague Natascha Engel MP, is doing important work. But more needs to be done to stop the dead hand of party managers stifling MPs when they simply want to do their job and be a voice for ordinary people.