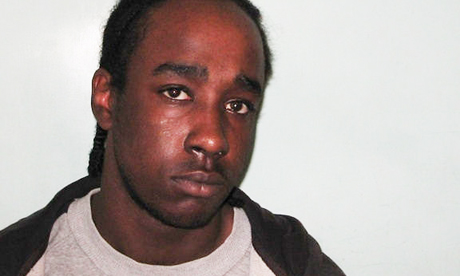 Antonio Rodney-Cole, 19, was sentenced to 3 years and 9 months imprisonment for attempting to cause grievous bodily harm with intent

Six members of the Smalley Bois gang who ambushed a 17 year old member of a rival gang in September 2010 in Stoke Newington were convicted on Friday 11 February 2011.

On Monday 27 September 2010 outside Lawrence Buildings at the junction with Brooke Road N16, the victim was ambushed by the Smalley Bois gang members whilst he sat in a stationary vehicle. He was first punched and then stabbed seven times. His attackers then made off.

A mobile parking enforcement van happened to be in the area at the time. The CCTV operator, who was at the end of his shift, was powering down his equipment when he witnessed the teenagers surrounding and then starting to hit the vehicle. He turned his CCTV equipment back on and began recording the incident.

Investigating officers were able to identify the suspects and they were quickly arrested.

Antonio Rodney-Cole, 19, of Kingsland House, Kingsland Road was sentenced to 3 years and 9 months imprisonment for attempting to cause grievous bodily harm with intent.

Donny Boothe-Plumber, 17, of Mount Pleasant Lane E5; Brook McKoy, 17, of Alkham Road N16, and Simeon Oliver-Stuart, 17, of Clevedon Close N16, were each sentenced to a 12 month detention and training order. Each will serve six months in custody before being eligible for release on license.

All five were sentenced at Snaresbrook Crown Court.

A 15 year old was sentenced separately at Thames Youth Court and given a 12 month referral order.

All defendants apart from Rodney-Cole were also given a two-year post-conviction Anti- Social Behaviour Order (ASBO) with the condition “Not to engage in conversation, interact with or act together with” any of the other defendants.

The victim, who has since recovered but has suffered some permanent scarring, refused to provide police with a statement or appear in court. However the strength of the evidence against the defendants ensured that all pleaded guilty in court on 7 December.

Officer in case, DC Rhodri Gardner of Hackney CID, said: “These sentences demonstrate how seriously we take gang-related violence in Hackney. Despite the victim being a member of a rival gang and not co-operating with police, all six defendants had no option but to plead guilty and received substantial sentences. The ASBOs will ensure that on release should they associate with one another, they will be liable for arrest and a further substantial custodial sentence.”

Detective Superintendent Lloyd Gardner, from Hackney CID, said: “I would like to commend the many witnesses that came forward to provide statements in this case, without whose help this conviction may not have been achieved. This result is testament to the thorough investigation carried out by my officers and in particular the investigating officer, DC Rhodri Gardner, who went the extra mile to gather the necessary evidence to secure these convictions.”

The judge lifted an order under section 39 of the CYPA 1933 which had previously banned naming Oliver-Stuart, Boothe-Plumber and McKoy.