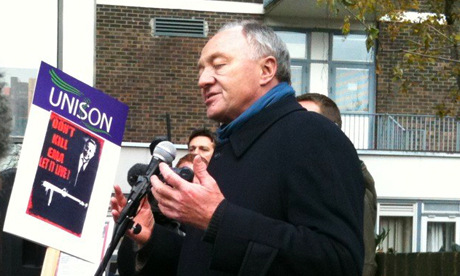 Councillors were warned by the deputation, which included the student union presidents from BSix and Hackney Community Colleges, that cutting EMA could have a huge impact on the life chances of Hackney students. Over half of students in the borough get the allowance, the majority of whom receive the full £30 a week.

The students said that many of them rely on the EMA for lunch, bus fares and college equipment, and that cutting it could lead to students dropping out of college.

Responding to claims in the media by some national politicians that students were not spending EMA on college necessities, one student derided this as hypocritical in the wake of the recent MPs’ expenses scandal. With was met with hoots of laughter and a round of applause from the Labour benches.

Sharing the students’ concerns, Labour councillor Rita Krishna said that research from the Institute of Fiscal Studies shows that students in receipt of EMA go on to get better-paid jobs that those who do not, and that the cost of such allowances are therefore offset in the longer term.

The council’s cross-party scrutiny commission will be writing to the Education Secretary Michael Gove to highlight its concerns, whilst London Councils, whose chair is Hackney Mayor Jules Pipe, is preparing a paper to weigh in the debate.

The full statement from the student deputation reads:

“The Educational Maintenance Allowance was designed to help pupils from lower income backgrounds to stay on in education post 16. Students were entitled to up to £30 a week from the EMA making all the difference in supporting their studies.

“Last year, the Coalition Government announced that the EMA would be scrapped.

“The Government has criticised EMA saying that 9 out of 10 students say they would attend college even without EMA.  We believe that in an area as poor as Hackney, this is not the case and participation will fall without EMA.  Our experience is that EMA has enabled us and many young people like us to stay on in education. Post 16 education should not be dependent on whether your family can pay for it or not.

“We have already been active in the national Save EMA campaign.

“We are calling on Hackney Council to campaign against the changes to EMA and write to the Government expressing our concerns about the impact that this will have on Hackney students.”