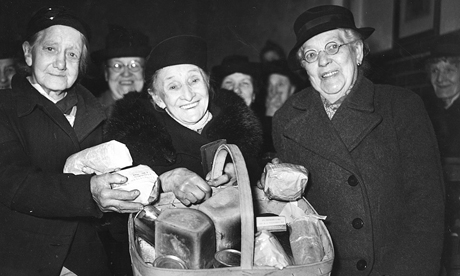 The commercialisation of Christmas has become a cliché. It is a common lament that the yuletide season is a smorgasbord of shopping, spending and over-indulgence, which belies the true values on which it is based.

But what was that idyllic, less-commoditised Christmas really like, and more importantly for us, how did Hackney mark the festival in times gone by?

Let’s go back to the original story for some clues. Born one night when his unwed mother and her boyfriend were sleeping rough, a young baby received unexpected attention from three dignitaries who presented him with obscure gifts. Things went downhill when his family was obliged to flee to Egypt to escape persecution. Jesus eventually returned to his homeland and became very popular, before getting into trouble with the authorities. This time there was no escape – but at least people would remember him after his death.

Eventually, they began to celebrate his first as well as his final hours. Christmas was invented in the 4th century AD by Pope Julius I, who decided Jesus’s birth would be celebrated on 25 December (although historical records suggest he was born in the spring). This new timing was designed mainly so it would displace the bawdy Roman pagan celebration of Saturnalia (17 December), though over the years the festival has absorbed many rituals associated with the winter solstice.

Christmas carols, also dating back to the 4th century, are one of the oldest surviving seasonal traditions. After falling into disuse during the Middle Ages, they were revived by Francis of Assisi in the 13th century. They were first sung in English around 200 years later, and most of those we sing today date to the 19th century, though the tunes of some – such as Good King Wenceslas – are far older. Before Christmas carols began to be sung in church from the 1880s, they were more often enjoyed in the family home.

A related tradition is mumming or wassailing – going from house to house singing carols, often in the expectation that food and drink will be given in return. This practice can supposedly be traced to pagan traditions and this, together with the fact that it was often indulged in by rowdy groups of young men, prompted Oliver Cromwell to ban the celebration of Christmas in 1645.

Yet Christmas has always been about much more than raucous revelry. The underlying theme has from the start been giving. An obvious manifestation of this is Christmas presents – probably symbolising the gold, frankincense and myrrh given to Jesus by the wise men. Only recently has the exchange of presents among friends and family assumed a central role in seasonal celebrations. In earlier times, giving to the poor was the dominant form of generosity.

Christmas was a time when the less-well-off could expect to live a little better for a few days, thanks to left-overs and hand-me-downs from their more prosperous neighbours. In the Middle Ages, churches would open alms boxes on Boxing Day and distribute their contents to the needy. This was also the traditional time when uneaten Christmas food was given from rich to poor.

Hackney’s notables not uncommonly left money in their will for this purpose. Thomas Vyner, who died in 1666, had made arrangements for money to be given to the poor at Christmas after his death – as well as bread every Sunday. Even coal, every child’s dreaded stocking-filler, was a welcome gift for many in December. In the mid-1700s Thomas Cooke, a Bank of England director (not to be confused with the travel agent), built a house on Stoke Newington Common to house eight poor families of the neighbourhood. After he died in 1752, Cooke’s heirs maintained the building for this purpose, providing the families with free housing together with three guineas a year, and coal at Christmas.

Charles Dickens’ A Christmas Carol, published in 1843, reinforced the message of charity and goodwill towards men, and it was in the 19th century that many of our other Christmas traditions began to take shape.

In 1840 the first ‘Penny Post’ public postal deliveries were launched. Taking advantage of the opportunity this represented, an entrepreneurial civil servant called Henry Cole and his artist friend John Horsley designed, printed and sold the first professionally-produced Christmas cards in 1843 for a shilling apiece.

Then in 1848, Queen Victoria and Prince Albert displayed a Christmas tree for the first time outside Windsor Castle in Berkshire, after which Christmas trees became fashionable household adornments.

Hackney has a principal role in another of Christmas’s great tradition – the pantomime, which began in London in 1944 as relief from the Second World War. The panto at the Hackney Empire in Mare Street became one of the most famous in the UK.

And finally, festive home decoration and revelry has for centuries been a key ingredient of Christmas celebrations. Over the generations, glitter and sparkle have gradually replaced the more natural bay leaves, mistletoe and holly, but many of the same themes remain – houses decked with festive ornaments, copious amounts of food and drink and plenty of entertaining. Until 5 January 2011, you can see how the British have decorated their homes for Christmas from the 1600s to the 1950s at the Geffrye Museum on Kingsland Road.

So what has really changed? In recent times, the practice of distributing goods and cash to the less-fortunate members of our community has largely fallen into disuse as national charities and television appeals have gained prominence. But for those who yearn for a more traditional way of keeping the spirit alive this December, there are plenty of opportunities to support Hackney’s charities and buy locally-made crafts.

Related: How to have a green Christmas