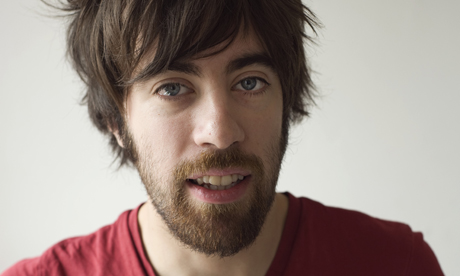 Boxer, Beetle records the misadventures of a 21st century Nazi memorabilia collector called Fishy, a nine-toed Jewish boxer and a beetle-collecting son of a prominent British aristocrat from the 1930s.

DD: How did you come across the ideas for Boxer, Beetle?

NB: I was browsing the “Did you know…” section on Wikipedia one morning when I came across a page about a rare beetle called Anophthalmus hitleri and a page about a nineteenth century Australian boxer called Jim Hall. It struck me that either one would make a terrific starting point for a novel, but then I realised I could save time by knocking them together. Most of the book emerged from trying to work out what those two things could possibly have in common. I did all my subsequent research at the London Library in Mayfair – there was a lot of serendipity involved.

DD: Were you aiming for something in particular?

NB: It’s sometimes said that you should approach every novel as if it’s the last one you’ll have get the chance to write, and I agree with that, so I wanted to cram everything I liked about twentieth-century fiction into Boxer, Beetle, even if it made for quite a disjointed whole: that meant a postmodern American playfulness, a vintage British sense of humour, and heavy genre elements. Above all, I wanted to make sure it was never, ever boring: a lot of people have told me they were impressed by the way it’s engaging from the very first sentence, which is nice, but to me that’s an absolutely basic requirement.

DD: A particular strand of the novel is set in a very specific time and place. Do you have any connection to the 30s and to East London/Whitechapel?

NB: I’ve lived in Bethnal Green for about a year now, and I had my book launch in a boxing club in Hoxton, but I don’t have any lifelong connection to the area. Meanwhile, I think part of the reason I like the 1930s is that it was the last time you could sincerely hold an extreme political position like communism or fascism, and still feel intellectually respectable and get invited to dinner – which makes it a useful background for a novel of ideas. I also love 1930s novelists like Fitzgerald, Hemingway, Waugh, Greene, Isherwood and Faulkner.

DD: How did it feel to be shortlisted for the Guardian First Book Award?

NB: Fantastic, but there’s also something a bit stressful about a prize you only get one chance to win. Imagine if there were a prize judged on your sexual performance when you lost your virginity.

DD: What’s next and when?

NB: My second novel, The Teleportation Accident, will be published in 2012. It returns to the 1930s and it’s about an Expressionist set designer who travels from Berlin to Los Angeles via Paris, tracing the route of Brecht, Adorno, Mann, Schoenberg and so many others. It’s about sex, public transport, HP Lovecraft and the Holocaust. I’ve also just published a short story, The Dolphins of Lagos, in a limited edition of 200 through a small Dalston press called Landfill Editions.