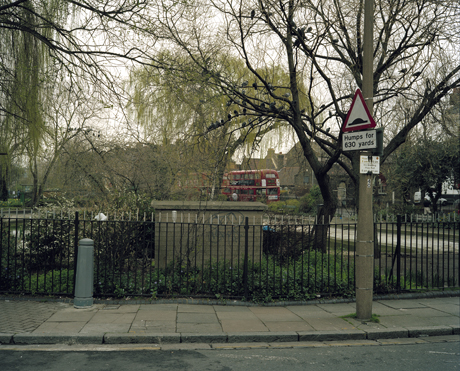 Birdwatchers have a lot in common with photographers. They watch, they wait, they notice things that would pass most people by.

It is not surprising, then that Hackney-based photographer Stephen Gill has a thing for birds, or that bird-watching played a key role in his development as a photographer.

“Photography, birds and animals all merged for me as a teenager as I was fascinated with those things”, says Gill. “I spent much time photographing birds when I was around 13 years old sitting patiently waiting for a bird to land in a spot where I had placed food and carefully set up my Dixons Miranda camera and long air cable release running into the kitchen. Through photography and with the help of the Observer’s book of birds I got to know the different species that visited our garden.”

In his new A Book of Birds, Gill returns to the subject that initially drew him into photography. “About 20 years later after spending more time making work inspired by cities (mostly East London) I decided to re visit the subject of birds,” he recounts. “This time in the city and built up areas. I wanted to make a study of how birds fit and mould their lives around ours and adapt to what we have created.  I was also very interested to hear that scientists found that birds in towns and cities sing louder or use higher frequencies compared to the same rural species so they can be heard above the man-made noise.”

As with much of Gill’s work, the approach in these photos is oblique. His avian subjects sit in trees, on telephone lines or on roofs. Yet the birds in the photos are tiny, dwarfed by the urban landscapes they inhabit and often difficult to identify at all. You see the birds because the titles of the photos – ‘The Blue Tit’, ‘The Hooded Crow’ – instruct you to look for them. But to see them you have to search, to really look hard at what is in each photo; in other words, you have to become a birdwatcher. And in so doing, you start to notice things in these seemingly banal urban landscapes that you would not otherwise have picked up – the texture of a stone wall, tiny flowers nestled in a bed of grass, the numbers on a lamppost.

At first sight, these photos might appear somewhat bland, but one is soon drawn into their ingenuousness, into the where’s-wally-like games they play with the viewer, and into a renewed interest in birds.