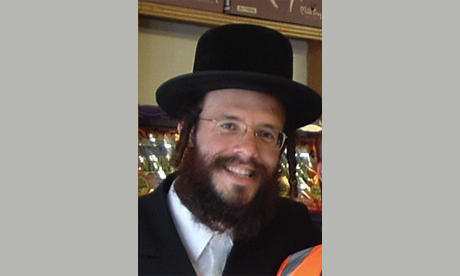 Councillor Benzion Papier, who won the New River byelection on 16 September 2009 for the Conservatives

Conservative Benzion Papier was the victor in yesterday’s local council by-election in New River ward, trouncing the other candidates with a 57 per cent majority. The closest runner-up was the Labour candidate Jonathan Burke with 37 per cent of the vote, followed by Green Stuart Coggins, Liberal Democrat Ben Mathis and independent Darren Fraser, all of whom polled less than three per cent of the total.

“I’m really privileged and grateful to have been elected as successor to the late Councillor Maureen Middleton. I’ve enjoyed meeting so many New River residents over the last few weeks and I’m looking forward to starting my surgeries and meeting even more of them,” said Cllr Papier.

The byelection had been called following the death of popular Conservative councillor Maureen Middleton. It was clear from the May 2010 local election results that the contest would be a straight fight between the Conservatives and Labour. In the event, the Conservative Papier gained considerable ground on his Labour rival, increasing his party’s share of the vote from 38 to 57 per cent, while the Labour vote total dropped from 42 to 37 per cent.

In the May poll, Hackney Labour party had increased their share of seats on the local council from 77 to 88 per cent, following an unexpectedly strong showing for Labour throughout London. This byelection result suggests that the May poll was somewhat of an anomaly, generated in large part by the timing of the local elections to coincide with a general election, and that the Conservatives have regained the ascendancy they had previously enjoyed in the northern reaches of the borough.

Mr Papier is a 26 year-old student living in Lynmouth Road with his wife and two year-old daughter. He hails originally from New York, and has lived in Stamford Hill for five years.

* Party vote shares for the May 2010 election are calculated on the basis of the top-placing candidate for each party, as is conventional.