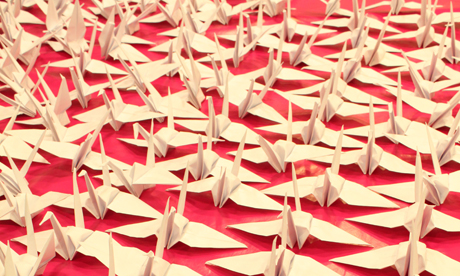 “In the past we can say that all revolutions have essentially aimed at changing the environment in order to change the individual. I mean there’s been the political revolution, the economic revolution, in the time of the reformation, the religious revolution. All these aimed, not directly at the human being, but at his surroundings. So that by modifying the surroundings you did achieve, did one remove the effect of the human being.”  Aldous Huxley, “The Ultimate Revolution”, 20 March, 1962

The biennial London Festival of Architecture is taking place Saturday 19 June – Sunday 4 July 2010. Its purpose, according to Director Peter Murray, is to address “important issues such as how we improve public space in cities, how architecture impacts the environment and generally how we make London a better place to live and work in”.

He claims that architecture in London is now “at the forefront of the cultural agenda and the Festival has shown that it is an essential consideration for the many rather than a specialist interest for the few.”

From his words I gather that if one wants to change the cityscape, one must employ an army rather than a design studio (just kidding). In reality, the architecture and the overall layout of the city are here to stay, what little control we have over our visual environment lies with street art, performance and temporary installations… (until someone actually does raise an army).

Levitt Bernstein, in conjunction with LFA are planning just such a psychogeographic feat. Their project, Dalston (un)folded, seeks to map out our collective memory of Dalston by collecting individual memories and stories from specific places around Dalston.

The project begins at Levitt Bernstein’s offices, 1 Kingsland Passage at 12 noon on Saturday 26 June. Participants will begin folding origami while simultaneously unfolding their memories of the area. Their memories will be marked on a map and their origami will be added to a giant collective origami sculpture. At the end of the day, the collective sculpture will be paraded through the streets and left at the previously identified “memory spots”.

Sometimes the best way to modify your surroundings is to modify the way you see it. Maybe we can’t tear down the ugly new buildings and restore the old ones to their former glory, but at least we can change the way we see them. As Marcel Proust said, “The real voyage of discovery consists not in seeking new landscapes but in having new eyes.”