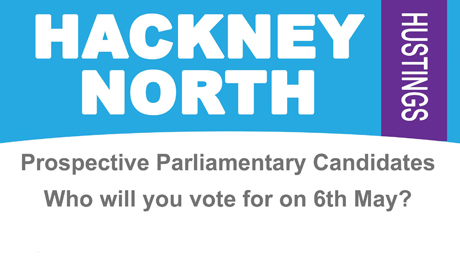 Green candidates hoping to speak to voters at an election hustings this Sunday have now been given a place on the panel, as organisers admit the party enjoys significant support from local people.

Previously, only the Labour, Liberal Democrat and Conservative candidates for the Hackney North parliamentary seat, as well as for Hackney mayoral and Cazenove ward elections, had been invited.

However following an outcry from the Greens, who claim to be among the top parties in the borough, the organisers extended their invitation to them to participate in the debate.

Organiser Munaf Zeena said, “I have reconsidered the matter in light of the comments made in your article in Hackney Citizen by the Green parliamentary candidate.

“However, your article was right to point out that the Greens did significantly better in the Hackney borough-wide result and came in overall second position.

“Although the elections are not for a European seat, I believe that it would not be right to deny a place at the hustings to the Green party as it does represent the views of a sizeable number from the constituency.

“Accordingly, the Green party will be invited to all three hustings and not just for the mayoral hustings.

“I am not in any way endorsing the Green Party candidates but merely explaining the reason why I have made the decision to include the Green party in the hustings after the representation made by Hackney Citizen and a couple of Green supporters.

“I would like to thank you for drawing this to my attention and hope that as many people as possible can join us on Sunday at 4.30pm at the North London Muslim Community Centre, 68 Cazenove Road, N16.”

Matt Sellwood, the Green party parliamentary candidate for Hackney North & Stoke Newington, said, “I am delighted that the organisers have extended me an invitation to attend the hustings.

“Democracy is always better served when a wide range of opinions can be heard, and I’m looking forward to debating with the other candidates once again.” 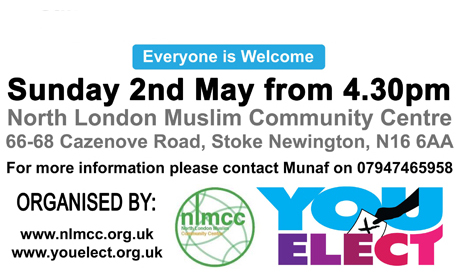