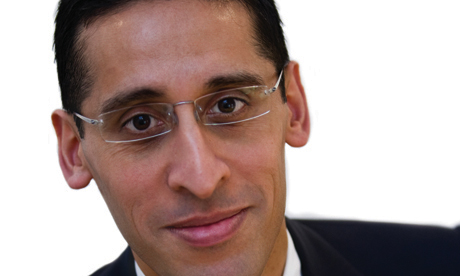 London-born Simon Nayyar is the Conservative parliamentary candidate for Hackney South and Shoreditch.

He works just south of the constituency border, and has been living in the capital for almost 20 years. He has been campaigning in Hackney since April 2008 and was selected as the Conservatives’ parliamentary candidate in March 2009.

Simon works in communications and public affairs, advising large companies and organisations in the public and voluntary sectors.

He is a school governor and the trustee of a citizen’s advice bureau, and has recently done voluntary work in Rwanda.

Simon has been a member of the Conservative Party for over 20 years, and has campaigned for the party at both local and national levels.

Hackney is a great place in which to live, but under a Conservative government, Hackney would be better managed and local services would be more responsive to residents’ needs.

I want to see safer communities, help for young people and the unemployed, a real difference to local educational standards.

Hackney has really suffered during this terrible recession under Labour. Only Conservative policies and support for local small businesses will deliver the prosperity to power future regeneration, renewal and growth.

Act now on debt to get the economy moving

Get Britain working by boosting enterprise

Cut corporation tax rates, abolish taxes on the first ten jobs created by new businesses, promote green jobs, and get people off welfare and into work.

Make Britain the most family-friendly country in Europe

Freeze council tax and raise the basic state pension, recognise marriage in the tax system and back couples in the benefits system, support young families with extra health visitors, and fight back against crime.

Increase spending on health every year, and make the NHS work for patients not managers.

Give teachers the power to restore discipline, and create smaller schools.

Reduce the number of MPs, cut Whitehall and quangos by a third, and let taxpayers see where their money is being spent.

Find out more about Simon Nayyar.