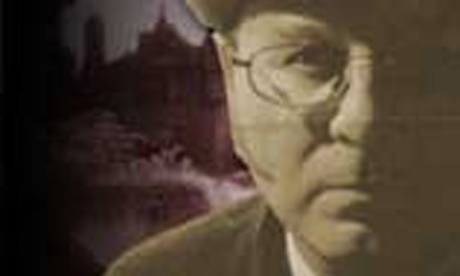 Dr Jack Pope-de-Locksley, who is as the Magna Carta Party candidate in Hackney North and Stoke Newington parliamentary constituency, has been described as ‘the scariest man in London’.

Dr Jack, as he likes to be called, is 56 and was born in Hackney, having descended, by his own account from King Arthur, DH Lawrence and the Red Baron.

He has served in the armed forces, including unspecified ‘black ops’.

His impressive accomplishments also include the title of a high priest of Wicca, a pagan religion and ‘King in Independent Wicca’.

In his spare time he runs London Horror Tours.

Pope-de-Locksley is standing “against Labour” and “for the Magna Carta Party”.

The Citizen is awaiting details of his policy positions on other matters of national concern.

Note: this article was updated 10.30pm Wednesday 5 May 2010 with the additional information below.

Dr Jack said, “The Magna Carta party was originally the Free Trade League set up 1972 by Mr David Wedgwood, and he stood against Lord Sutch.

“Policies: reduce tax – only payment in lieu of castle guard, old shield tax is legal, reduce welfare state; money does not grow on trees, business is what creates wealth.

“My local policies are: build a monorail to  the West End, and set up a countryside residential workshop to aid immigrants to find work.

“We will asses their skills, hone them, teach them new ones, plumbing, electrician, building etc, then give them a diploma and send them out to work.

“This is my view not the party’s view, which does not address the problem.

“Nor Labour’s idea that people are given a card to read and sign a pledge to be British at the airport.

“We must educate people in English as another skill at the workshop. there they can be instructed in British customs.

“Return the Union Jack to each school and have the kids sign the national anthem each day, learn to be British, return to our hereitage Give them Robin Hood, and King Arthur to read, and Dickens.

All this will lead people into being part of the community. not separate from it.”

Give one vote for the House of Lords for every £1,000 tax (as Plato intended)

Reduce school leaving age by one year on alternate years