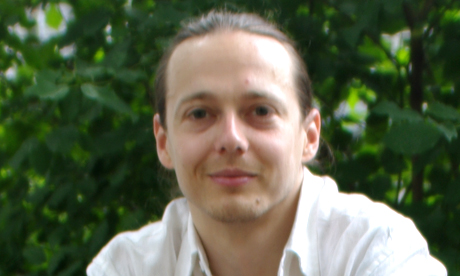 Denny de la Haye is an independent candidate, standing on a platform of ‘direct digital democracy’.

He is 36 years old and lives in South Hackney. Has has worked in the computer industry since the age of 18, with a break in his mid-20s to go to university. He is self-employed and runs a web development company that he set up last year.

“In a lot of ways it doesn’t matter who I am, not as much as with ‘normal’ politicians, because you don’t have to try to work out how I’m going to vote from what kind of person I am.

“Exceptions aside, I’m going to vote how I’m told to vote by the people of Hackney South and Shoreditch – that’s the whole point of my campaign.”

He has been involved in political campaigning for a number of years, but never with party politics.

“I’ve always been involved from the campaigning side of things, trying to get politicians to care about the issues that affect me. For as long as I can remember, I’ve wished I could vote on [individual] issues, instead of voting for politicians or parties.

“If you’ve ever cared about a particular issue – be that education, public transport, the war, employment, or something else – then maybe you’ve wished the same thing.

“Now’s your chance to get that vote,” says Denny de la Haye.

The basic idea is that for every issue that comes up in Parliament, Denny de la Haye will conduct a poll which people can vote in using the internet or their mobile phones, and he, and his vote in Parliament, will be bound by the result.

There are a few exceptions (he says he will tend to be in favour of laws that increase equality, civil liberties, and democratic reform).

He will also be providing a way for people to let him know about issues they want him to champion in Parliament, which he will do by asking questions, joining in with debates and committees, or creating Early Day Motions. People will be able to let him know which issues matter most to them, again with a voting mechanism to help prioritise what people consider to be the most important things from those

Note: this article was originally published 6 April 2010 and was then re-published 25 April 2010.