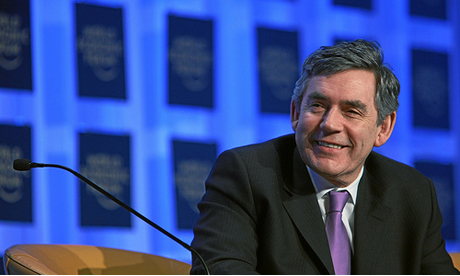 Prime Minister Gordon Brown visited Woodberry Down Primary School today and praised its work helping other schools in the borough, The school was also congratulated by Diane Abbott, MP for Hackney North and Stoke Newington.

Executive Principal Greg Wallace welcomed Prime Minister Gordon Brown and Secretary of State for Education Ed Balls to the school in Woodberry Grove N4, where the Government made its announcement about changes which it believes will make Britain a ‘world class’ provider of education.

Woodberry Down has been piloting a scheme which the Prime Minster announced will be rolled out across Britain, whereby good primary and secondary schools form federations with less well performing schools in the area.

London Fields Primary and Mandeville Primary have both improved since becoming part of a federation with Woodberry Down.

The Prime Minister also announced plans to give parents more power to initiate a change of leadership at struggling schools, as well as plans to make teachers renew their right to practise every five years.

Gordon Brown said, “It’s a real pleasure to be at this great school and to be with Head Greg Wallace who is one of our national leaders in education. I could see first hand from the minute I walked in how popular he is here.”

Diane said, “I’m happy to see a Hackney school get the recognition it deserves. Teachers like Greg put a huge amount of hard work into making their schools successful and to share that with other schools in the borough is something that can only help Hackney to continue to be noticed for its pioneering work in education.”