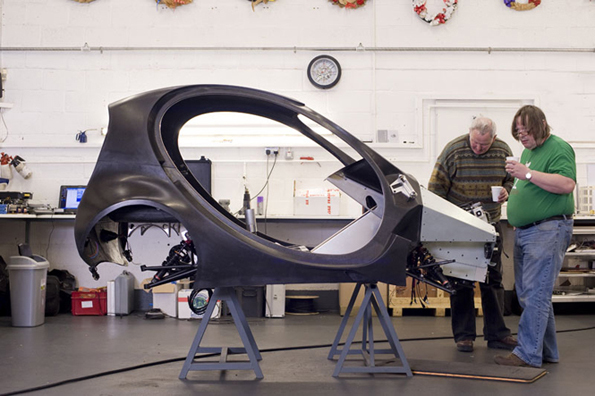 HACKNEY resident Peter Lang is part of a revolutionary new project to design the cars of the future.

The Riversimple car, to be launched on 16 June, simultaneously solves many of the problems currently facing motorists and the motor industry. Not only is it greener than virtually any other vehicle currently being produced, but it is also economical to run and provides a steady income stream for manufacturers.

Riversimple – whose name alludes to the natural efficiency and elegance of rivers – is the brainchild of Hugo Spowers, a former motorsport engineer and racing driver who was converted the environmental cause in the 1990s.

Among the other members of Hugo’s team are people from the traditional car industry – individuals such as Sebastian Piech of the Porsche family, who have recognised that the days of the internal combustion engine are numbered.

The Piech family has provided much of the funding for the project so far, and the Riversimple group hope to raise the remainder of the investment required from others who are similarly committed to environmentally sustainable transport.

Innovative technology embodied in Riversimple means the car can be lighter and less energy-intensive than previous ‘green’ models. The efficient way in which the car uses and re-uses energy also means that it needs to store less fuel than other vehicles of the same type.

Comprised of a body made of plastic composite, four electric motors, regenerative braking and a hydrogen fuel cell, the two-seat Riversimple to be unveiled this month is designed for an urban environment.

It gets the equivalent of 300 miles per gallon, can run 200 miles before refuelling, and it has a maximum speed of 50 miles per hour.

This same technology can be used in future to manufacture vehicles of different sizes to meet a diverse range of needs needs. Hydrogen cars such as this have the added advantage that they generate no tailpipe pollution, which means we have cleaner air on our streets.

As well as being good for the planet, the Riversimple project also promises to deliver on affordability. The company anticipates leasing the cars for approximately £200 per month, plus about 15p per mile.

Unlike most car lease arrangements, however, this is an all-inclusive package covering the car, breakdown insurance, tyres, maintenance and up-grading. Motorists thus need not worry about coming up with huge sums of money to buy an experimental product.

An added bonus of the Riversimple business model is that it circumvents many of the problems currently facing the car industry. The design of the car will be made available online to anyone who wants to use or improve it, thereby speeding up the process of technological innovation.

Lang links this approach to a different attitude toward design on the part of those involved in the Riversimple project, “Most people, when they come up with an invention try to protect it, usually by patenting or by copy-right, and then they try to get as much money as possible out of it, either by producing it themselves or by licensing it to others.

“When you patent things, what you do is you slow down innovation. What we need, because of the environmental crisis, is innovation. We need inventiveness, we need new ideas, and we need them to come into production”.

This approach to design means that Riversimple cars are renewable, in that they can be regularly revamped and improved by the manufacturers as parts wear out and new technology becomes available.

Lang explains, “As the car is redesigned via the open-source website, and as new parts are retrofitted to cars that are currently out on lease, it raises the question as to what’s a new car and what’s a second-hand car. You may lease a car that is ten years old, half of its components may have been redesigned in the last year or so and will be new”.

At their launch on 16 June, the Riversimple team will unveil a ‘demonstrator’ version of the car, which shows how it works and feels. The next stage is to raise the additional funds needed to build a small fleet of prototypes for testing, before rolling out the cars for the likes of you and me sometime around 2013.

The idea is to manufacture the vehicles in small factories near the towns and cities where they are to be driven; this enables the design of the car to be tailored to local needs.

The Riversimple project has made a number of significant advances toward the goal of environmental sustainability; yet there are also several technological challenges still to be overcome, such as producing the hydrogen that powers the cars from renewable sources, running the car factories on renewable energy, and manufacturing the composite with which the car’s chassis is made from natural fibres.

The Riversimple team’s open approach to technological development means that their customers will benefit from innovations such as these as soon as they become available.

The Riversimple company is innovative also in terms its corporate design. Each group of ‘stakeholders’ is given equal representation in the firm’s decision-making bodies: investors, engineers, environment, car users, and company staff.

This democratic structure gives an equal say to those who are involved in the project as well as ensuring that all benefit from the company’s success.

The Riversimple vision thus incorporates principles designed for the future: affordability, renewability, manufacturing on a human scale and inclusive governance. But what will appeal most to environmentally-conscious motorists is the fact that this lightweight, green car refuels as quickly as a petrol tank and is cheap to run. 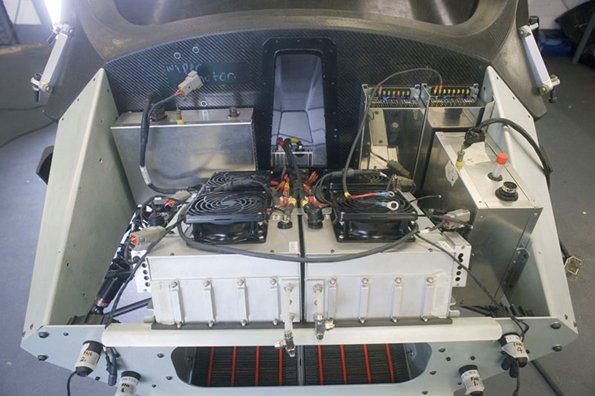