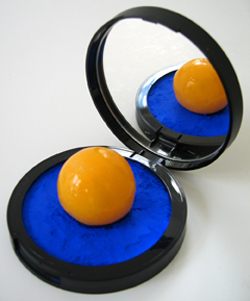 Who originally came up with the concept for Travelling Light and how?

Having close ties with Venice and the Biennale, WW Director Chiara Williams’s original plan was to go the opening of the Biennale to network and promote WW gallery and its artists.

She invited an all female team of curators and artists to join her, including fellow WW Director Debra Wilson, but after the two began formulating ideas, the trip soon developed into something much bigger – a plan for a guerilla-type art event.

Curator Sophie Wilson, director of Pharos became fully committed to the project and the collaboration between WW and Pharos was born.

Deciding that the exhibition would preview in London first, and realising that the work would have to be light in weight, easily transportable and quick to install, hang or perform, the three curators began brainstorming the logistics.

The curatorial remit became a sort of ‘wash & go’ idea, limiting the size of work submitted, but without wanting a uniform look or theme to the show. 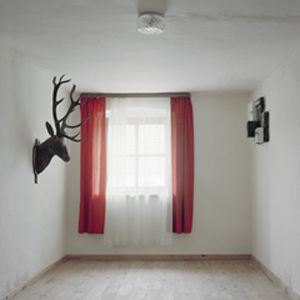 The curators quickly realised that the possibilities of what could emerge from a large letter envelope/box were almost limitless and would provide artists with a creative and exciting challenge.

Also it would mean that the actual work could be sent by post, effectively broadening the travelling concept of the work and providing the title ‘Travelling Light’.

At this point, in order to widen the scope of ideas and the range of artists exhibited, the curators decided on an open call for submissions, which would in turn help fund the project.

“The journey from London to Venice was one of the inspirations for Travelling Light,” explains Williams, who herself is half Venetian, half Londoner.

“The artworks will be transported along trade links used for the exportation of silk, grain, spices and exotic produce when Venice was a major maritime power and centre of commerce.

“The path was also navigated extensively during the 16th century when Venice was a leisure destination for libertines lured by the promise of the glamorous courtesans, fabled to be the most beautiful in the world at that time.” 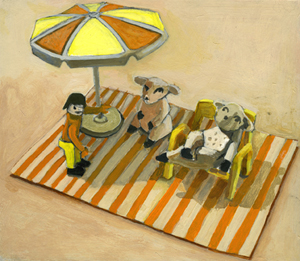 How were the exhibiting artists selected?

Initially the brief was presented to artists represented by WW Gallery and Pharos Gallery, giving local, Hackney-based artists the opportunity to exhibit their work on an international scale at arguably the art world’s main event.

However, in line with the ethos of inclusiveness at both galleries – not to mention the fact that the exhibition itself was becoming an international event – we later decided to put out an open call for submissions and we posted this in the UK and international art press and promoted it through the Travelling Light website. 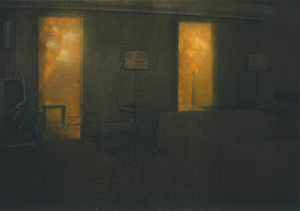 It is a mixed group of exhibitors but will one part of the show will be women only?

A total of 58 artists will be shown, both female and male, however, an all female team of artists/documenters of varying nationalities will accompany the curators to Venice in order to make and record site-specific works for the duration of the show in Italy.

How do you expect the public art aspect of the exhibition to be received, and has this been implemented to cause a stir?

We expect the public art intervention to be well received, but we are still awaiting permission for it to go ahead. It is not intended to cause a stir, but by its interventionist nature will attract attention. Its intention is to re-engage the public in a city’s history and re-awaken ways of seeing.

It is part of artist Roma Tearne’s ongoing research project, which has been successfully held in other cities worldwide, such as Paris, Rome, Adelaide, Cairo, Edinburgh and Oxford.

Updates will be posted on the Travelling Light Blog: http://www.travellinglight09.blogspot.com/