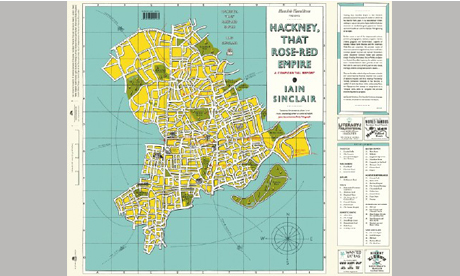 When Frankie Goes To Hollywood’s Relax reached the number one spot in the pop charts in 1984, being banned from Radio One had clearly helped them achieve this.

Indeed, these kinds of bans tend to be self-defeating due to the publicity they generate for the voices they are seeking to silence: let us remember the Tiananmen Square protests of 1989.

So it was that a mixture of mirth and consternation greeted Hackney Council’s decision to invite and subsequently un-invite Hackney author Iain Sinclair from his own book launch, which was due to take place next February in Stoke Newington public library.

There have been not insignificant murmurings that the un-invitation is perhaps due to his “controversial” views on the Olympics. These views appeared in an article published in the London Review of Books.

Whatever the real reason, the subsequent publicity on Radio Four’s Today programme and elsewhere has done wonders to promote Mr Sinclair’s new book.

Meanwhile, concerned citizens may continue to hope that the Mayor will reassure us that what happened was simply due to an unfortunate misunderstanding.

More importantly, we should hold fast to the principle of freedom of expression and Hackney’s proud tradition of dissent. Listening to community voices is a crucial part of any healthy local democracy.