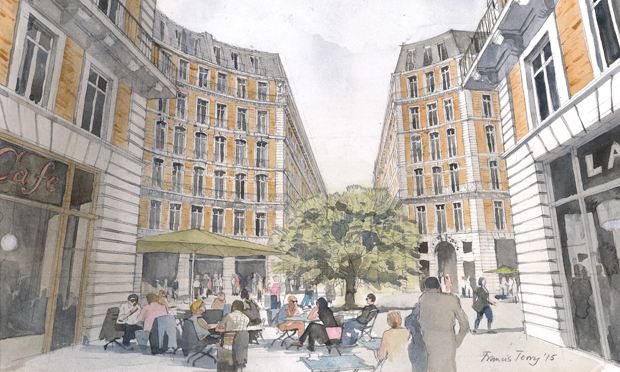 London’s planning system is not working.

Land costs are high, housing supply is low. Concrete council tower blocks grow shabbier, whilst their tenants look on at the luxury developments springing up next door. Skyscrapers nudge ever higher whilst residents fight plans to throw up those glass towers that are so full of light themselves yet cast such long, dark shadows across their neighbourhood.

Boris Johnson last month announced he would defer the decision on proposals to build on the disused Bishopsgate Goodsyard site, which straddles Hackney and Tower Hamlets.

The plans to whack up seven blocks of up to 38 and 46 storeys proved too contentious for even him – the London mayor who has approved all 17 out of 17 called in planning applications he’s presided over – to decide on.

The scheme was rejected by both councils, turned down by Greater London Authority (GLA) planning officers and met with a storm of local opposition – not least because the height of the buildings would cast a swathe of land next to it into shadow.

But we don’t have to build so high, and planning applications needn’t be so embattled, says Nicholas Boys Smith.

Smith is the co-founder of Create Streets (CS), a research institute born out of a realisation that the current “vicious circle” of limited housing supply and high land costs is leading to a built form which is “less popular and people don’t want to live in”.

It advocates for the creation of more and better urban homes with terraced streets of houses and apartments rather than complex multi-storey buildings.

“Only a small minority of people prefer to live in tower blocks,” he says. Research by his social enterprise tells him that most of us, particularly families, prefer buildings “of a more human scale”.

Generally it is possible to achieve the same density of housing without building so high, argues Boys Smith.

Each building with immediate access to the outdoors and green space – its own private or communal area, or green squares outside.”

To picture ‘tightly grained’ housing, imagine a mews with tiny back gardens and potplants by the front door, or Georgian terraced housing.

The opposite would be a large tower block next to a park, but the building and park are “disassociated” – residents don’t pass through it on a daily basis and it’s difficult for families to make the journey down from the 14th floor to access it.

“We can get to a happy medium where most people’s desire for privacy and human scale and reasonable density can intersect.

“We’re not going to build a detached house with lots of green space in London. But you can get most of the psychological benefits in a terraced house with its own garden or two or three storeys with flats above.”

Last year, CS demonstrated its policies can work in action as it produced a popular alternative to the controversial proposals to develop the Mount Pleasant Royal Mail sorting office site in Clerkenwell.

Working with the local residents of the Mount Pleasant Association, the CS plan inspired rave reviews from architecture critics and included more affordable housing than that put forward by Royal Mail Group. 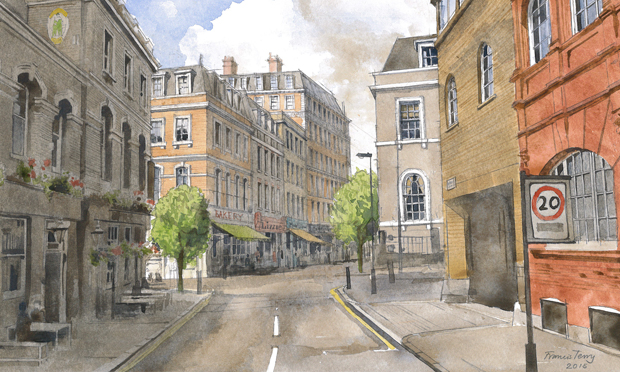 As well as spots in Maida Vale and Islington, he nominates Arnold Circus and the surrounding Boundary estate as an example of how dense planning works well.

“It’s a fantastic piece of urban design,” he says, “with streets that radiate out from it. “It’s a quite densely developed area but it feels very human.”

As for the Bishopsgate Goodsyard site, just a stone’s throw from the Boundary estate, the developers say they would be providing much needed homes for London: to be precise, 1,356, of which they eventually agreed to make 15 per cent affordable.

Boys Smith admits it would be “probably impossible” to match that density with more human scale architecture.

“The plans are so elephantine. It was always going to be a difficult site as it’s so near to the City and it has the railway lines. The engineering complexity requires a greater cost and therefore greater scale. But to communities that scale is intimidating and dark.

“If the developers had come up with a series of public spaces and streets with more densely packed buildings eight or nine storeys high, I would speculate that it could have got very strong local support for development.

“It’s better to have a good urban form approved 12 months ago and already building than this protracted warfare.”

The momentous decision on the Goodsyard will likely be top of the to-do list for the new London mayor. Let’s hope his decision sets London off on a new path for planning.