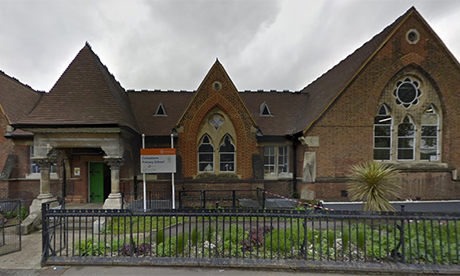 Developers accused of building flats that will “overshadow” a Dalston nursery’s playground have denied accusations their daylight report is “misleading”.

Chan & Eayrs’ proposal to build luxury flats and a café on a brownfield plot of land off Ridley Road was approved by Hackney Council, to the dismay of scores of parents and teachers who had opposed it.

At the time, Mami McKeran, Chair of Colvestone Family and Staff Association and mother of two children at the school, said the “sheer bulk” of the building would “significantly overshadow the nursery’s outdoor space and completely block the surrounding view”.

Anstey Horne’s report states the development will result in “an increase of three to four times the existing levels of overshadowing” and that it will leave “around half of the (playground) space in the proposed scheme’s shadow for a significant amount of the day for much of the year.”

But Zoe Chan, of Chan and Eayrs, has defended the daylight study included in the planning application.

Ms Chan told the Hackney Citizen: “Tests were carried out by third party professional light consultants to comply and exceed BRE (Building Research Establishment) national guidelines and others were carried out in relation to the small nursery playground area.

“These tests were run and re-run many times and were verified and approved by the council.”

Ms Chan added that there had previously been a tall building on site, and that the plot had been “earmarked for regeneration” by the council.

“We are Hackney residents (we do not live in Lewisham as the parents are claiming), and care about our borough and contributing to its streetscape,” she said.

The site was once owned by Hackney Council and it is subject to a restrictive covenant protecting sunlight to the school’s land.

When asked if the council would be enforcing the covenant, a spokesman said: “Hackney Council are considering the issue and this may include obtaining legal advice as to the enforceability of the right to light benefiting the school land. The Council will continue to keep all parties informed of progress.”