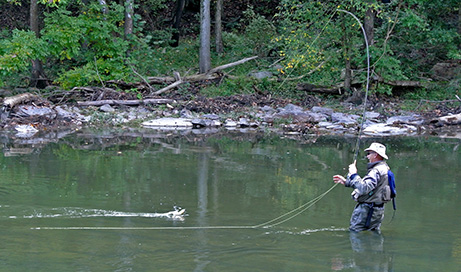 The Information Commissioners’ Office (ICO) is backing the Hackney Citizen newspaper over a “vexatious” Freedom of Information (FoI) request to Hackney Council.

The Hackney Citizen put in an FoI 17 February 2014 asking the Council provide its “if asked” statements which covered a certain three-month period in 2013.

“If asked lines” or “reactive use statements” are draft press releases prepared in by the Council in advance of, and in anticipation of, media enquiries about particular issues.

The Town Hall refused the Hackney Citizen‘s request for a number of reasons, and claimed exemption under Section 36 of the Freedom of Information Act – that releasing the information would “prejudice the effective conduct of public affairs”.

The council argued that if they provided the information it would “inhibit staff” when providing advice due to fear of “background information” being disclosed which might work directly against facilitating the “free and frank exchange of views” during communication teams’ discussions.

Once the ICO’s investigation was underway, the council cited a second exemption under Section 14 (1), making the case that the request was “vexatious” because it was “cynically relying upon pot-luck”.

The council also said the request was vexatious as Council resources would need to be diverted to respond to further requests for information once a “line of enquiry” had been identified from the disclosed information.

But the Information Commissioner’s Office ruled the Council was “not entitled” to rely on the Section 36 exemption, and said that it had not managed to demonstrate that the request was vexatious.

According to the ICO report, because the request was not for information about a particular event or issue, the Council claimed it constituted a “fishing expedition” and had “no value”.

But the Commissioner judged that the council “merely assumed” that the request had no serious purpose and said there was “no obligation” on requestors to justify their requests in order for them to be considered valid.

The ICO report was also critical of the Council’s handling of the original Freedom of Information request.

When the council refused the Hackney Citizen‘s request, it replied referring to a request other than that submitted by the newspaper – and which the Commissioner said was “probably copied and pasted from another FoI”.

The report read: “The Council has been quite critical of the quality of the request, dismissing it as unfocussed and suggesting that it was not well-constructed enough for the Council to be expected to respond.

“Set against this is the fact that, in responding to the request, the Council’s own refusal notice quoted the text of an entirely different information request to the one submitted by the complainant.”

Editor of the Hackney Citizen Keith Magnum said: “Our so-called “fishing expedition” should not have been necessary. Public institutions which refuse to publish any prepared statements are failing to be transparent and accountable.

“The Council’s claims that our FoI request was vexatious because it might cause us to ask them further follow-up questions is ridiculous – it has a press office to deal with such enquiries.

“In the interests of open government, councils should be publishing all ‘reactive use’ statements as a matter of course.”