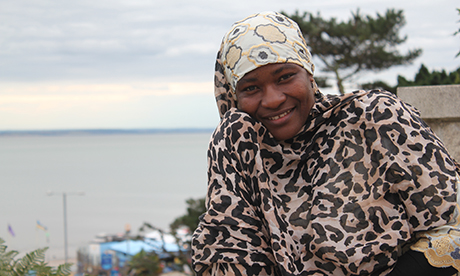 A growing number of vulnerable migrant families are living in “extreme poverty” and relying on handouts for food and clothing because they do not have access to benefits, a local charity has warned.

Hackney Council has reported a tripling in the number of people with No Recourse to Public Funds (NRPF) – immigrant statuses such as those with limited leave to remain, those with spousal visas, overstayers or domestic workers.

The soaring numbers are putting pressure on the services offered by organisations such as Hackney Migrant Centre, which is ‘struggling’ to keep up with demand.

A recent London Councils report estimated there were 1,500 confirmed NRPF households receiving financial support, based on a sample of 17 London authorities.

Chair of London Councils and Mayor of Hackney Jules Pipe said the situation was another example of “cost-shunting” from central to local government.

He said: “The government must be absolutely clear how it expects boroughs to respond to this growing problem, and where the money is going to come from to fund the vital assistance being provided by local authorities.

“We will be working to challenge and influence current Home Office policies and practices.”

But while pressure is loaded onto Section 17 budgets, it remains the only legislature that protects NRPF families from homelessness.

Migrant Centre Manager Helen Hibberd described NRPF as a “devastating policy”. She said: “These families are living in extreme poverty, are unable to feed or clothe themselves or their children, and are reliant on handouts from charities, friends, churches, mosques and food banks.”

“We are seriously concerned  that this problem will increase and that this policy is having a detrimental  impact on the mental health and physical well being of some already very  vulnerable migrant families and their children.”

Rahina Yakubu, a mother of two young children who has lived in Hackney for the past ten years, had her NRPF status lifted in November. But it was too late – the damage of not being able to access funds when she needed them most was already done.

When Ms Yakubu, who has Limited Leave to Remain in the UK (LLR), lost her job last summer she fell behind with her rent payments. She was evicted from her Lower Clapton flat and became destitute.

Ms Yakubu sought help under Section 17 of the Children’s Act, and Hackney Council sent her family to live in one room in a B&B in Southend-on-Sea, with £67.40 a fortnight to live on.

Hackney’s support ended after her NRPF status was lifted and she is now living in a hostel in Southend, waiting for housing benefit payments to
come through.

Ms Yakubu wants to come back to Hackney, but without a guarantor or an income she has little hope of finding accommodation in the private sector.

Speaking to the Citizen she said: “Having access to funds gives you a degree of belonging. At least I am being recognised and I can go and seek help with no fear of being told I am not eligible. But apart from that, things are no better.”

Abi Brunswick, Director of Project 17, a Deptford-based centre named after the lifeline law, said that the Section 17 support was often “poorly implemented”. She said: “Support from local authorities under section 17 should act as a safety net to prevent some of the most vulnerable children in society from facing homelessness and destitution.

“However, we are saddened to see that support is often poorly implemented. Restrictions on local authorities’ budgets, sometimes coupled with a punitive culture, leaves many families unable to access the help they desperately need.”

Both Hibberd and Brunswick stressed that the emphasis was on the government to rethink the practice of issuing NRPF. Hibberd said: “We urge the Home Office to cancel this devastating policy and give families granted Limited Leave to Remain the right to claim mainstream benefits.”

A Home Office spokesperson said the government does not hold figures on NRPF and declined to comment.