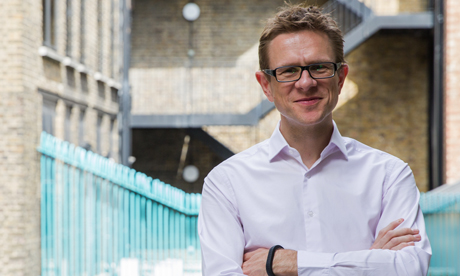 Tech City may be the centre of the UK’s technology industry, but it has a serious problem with broadband.

High-speed internet is notoriously hard to come by in the former warehouse districts of East London. So hard, in fact, that Tech City’s broadband woes have been described as a “national embarrassment” by Meg Hillier, MP for Hackney South and Shoreditch.

If there was ever a hole in the market, this is it.

Like most who’ve set up in Tech City, Optimity has developed with disruption in mind, going head-to-head with behemoths like Virgin and BT to offer high-speed internet to the burgeoning digital community.

While fibre optic broadband provided by the big telecoms companies may be fast enough when you get it, it can take months for your chosen provider to dig up the road and lay the cables — too long for most young digital businesses to wait.

Award-winning local firm Optimity cuts out the middle man by providing high-speed wireless antennae that are fixed to the roofs of buildings, a service that can be up in a matter of days.

Its radio wave technology can run at speeds of up to one gigabit – that’s 200 times faster than regular broadband – and if there’s ever a problem with it, an engineer will simply walk around to the office and switch the box. 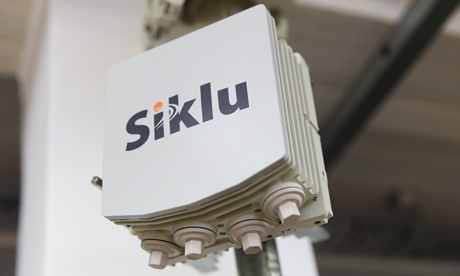 The company is a resident in one of Shoreditch’s most striking buildings, Zetland House, the 100,000-square-foot former home to the print works for the Bank of England.
Optimity provides wireless broadband exclusively to London businesses, which means no three-month wait to get started and no dealing with far-flung call centres.

“People are also working less at home now than they were, opting to work side-by-side at local coffee shops and co-working spaces. So there are a huge number of businesses in the area that just need faster and faster internet.”

Former Mayor of New York Michael Bloomberg has said London is the number one competitor to his city in the technology race.

But Impey goes so far as to whittle that down to New York versus Hackney: “This is the heart of the whole digital community. The focus on building infrastructure in Hackney is crucial to London’s leadership as a tech capital.”

At the moment, Optimity serves some 250 local businesses, with the area between Shoreditch and the Olympic Park its key target.

Business users can pay around £500 to £600 per month for high-speed broadband, but with its low installation costs, Optimity can cut that cost by about a tenth. The radio spectrum used by Optimity is a low-power, high-performance system originally released by the Ministry of Defence.

The company’s mid-size antenna is just 120mm square, smaller than a satellite dish, and has a tiny footprint compared to a mobile phone mast.

Over time this will become even smaller and cost even less, hopefully allowing for the technology to be passed on to residential users — a threatening prospect for the clunky status quo of web providers.

Impey says that the great digital revolution took the older telecoms companies by surprise and he believes they have made a notable lack of investment at the exact time when London needs it most. “How do we become a gigabit city?” he ponders, referring to the uppermost upload and download speeds made possible with today’s technology.
“We need infrastructure that can meet the demand of the tech companies not just today, but in three, five and 10 years’ time.”

The CEO paints his company’s story as a ‘David and Goliath’ fight. “Our competitors are so much more significant and have almost limitless resources… We deliver a very good product, underpinned by an amazing service.”

Just like many companies operating in Tech City, Optimity did not set out to become what it is today, a wireless internet service provider (WISP). The company used to simply offer IT and telecoms services but took the opportunity to ‘pivot’, as the techies call it, when a client needed high-speed broadband, fast.

But, having worked in computing in Hackney for a more than a decade they can also manage clients’ IT and telecoms services too, whether that’s a virtual server or a
telephone system.

Optimity has won awards for its commitment to provide local jobs and its outreach work with young people. The company is a backer of Tech City Stars, which recruits young people onto apprenticeships with the help of some 380 sponsor organisations, and is training some apprentices in its office. “There is an amazing amount of untapped talent in Hackney,” Impey says.

Ali Hussain has been an apprentice at Optimity for almost a year. “I had no idea about Tech City but as I hadn’t got the grades to go to university it was another option. Recently I got to go up to the 39th floor of the Heron Tower to help install some kit and had a view of London I never thought I’d see.”

Impey is a huge supporter of the Government’s Super Connected Cities initiative, which helps businesses fund the step change in their internet connection: “This is such an important piece of infrastructure – I’d say even more important than roads and airports, even train lines”, says Impey.

“Moving data around in a digital economy is everything. If you closed down the internet network in proportion to the tube, there’d be a revolution.”