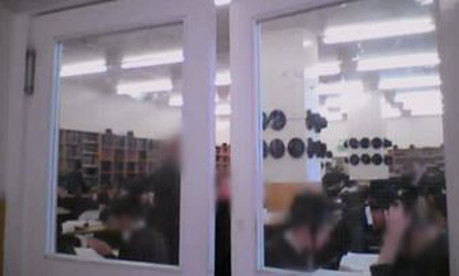 The main dispute around Dispatches’ documentation last month of twelve unregistered yeshiva schools operating illegally in Stamford Hill is the idea that their findings reveal anything new.

Hackney Council said in a statement that they have had “concerns” about the schools for years, and so has the Department for Education (DfE). So why has nothing been done?

The situation is straightforward enough: registering as schools may not appeal to yeshivas because registered schools are required to provide secular education alongside any religious studies. Yeshivas’ raison d’être is for their students to devote themselves solely to religious study.

The law in England is that children aged five to 16 must be in full-time education, and any establishment educating more than five children must be registered as a school.

The DfE believes many students at yeshivas in Hackney are under 16. By law, either these children should be being educated elsewhere or the schools they currently attend – which have many more than five students – should become registered.

Hackney’s yeshivas are difficult to contact or find information about. Dispatches gained entry to an unregistered yeshiva in Stamford Hill by posing as a cleaner seeking work. The Hackney Citizen went along as a newspaper.

It looked much the same as it did on TV.

A large room lined with wooden bookshelves and crammed with desks was filled with male students of all ages, in full Orthodox dress. We attempted to report immediately to reception and were shown to a locked door to the upper floor of the building, equipped with an intercom.

While we waited for an adult to come down the stairs, students clustered inquisitively around us, asking questions. There was no adult supervision. The students were polite and friendly and offered us water and tea. Their English was good if highly accented. They initially directed all their questions to us in Yiddish.

They were well aware of the Dispatches programme, asking – this time in English – if we were from Channel Four.

After explaining we were there to get the school’s side of the story, they asked if we intended to “restore the school”, or “save [it] from the TV”.

Before the tea could arrive, a middle-aged man emerged and ushered us out of the building.

He explained the school was not interested in commenting on Dispatches.

It’s a serious business that we could just stroll in. If Ofsted inspectors arrive at a school and find the main gate is unlocked, they can immediately issue the lowest grade – ‘requires improvement’ – and leave, without looking at the rest of the school.

The school in question here can presumably get around this because it is not, strictly speaking, a school, not being registered as one.

Following similar logic, the statement from Hackney Council contends that it is “misleading” to claim, as Dispatches does, that the boys at this yeshiva are ‘missing’ from the schools system.

“They have not ‘gone missing from the state system’ because they were never on the roll of a state school,” the statement says.

But that’s missing the point: these are unregistered schools, not simply schools outside the state system – and their students’ situation is not, as the statement goes on to say, comparable to that of students at Eton. Not by a long chalk.

“I didn’t speak English. I only spoke Yiddish,” a former student at a Hackney yeshiva told Dispatches. “I didn’t even know what the word science meant, I didn’t know the definition, I hadn’t heard this word before.

“We didn’t come out with anything we could use in daily life or even in the future.”

‘No power to act’

The claim that the students are ‘missing’ – or missing out – originates within the DfE. A briefing note to senior officials and ministers from January 2011 states: “There is a significant problem with boys leaving the regulated system at the age of 13 and being educated in ‘yeshivas’, which are unregistered.

“About 1000 boys aged 13-16 in Hackney alone are thought to be ‘missing’ in this sense, and efforts to get effective local authority action on this – both there and elsewhere – have not been very successful.”

This poses a puzzle: a local authority which learns of an unregistered school has a duty to inform the DfE; the DfE can in turn order an Ofsted inspection. The DfE then apparently works to get “effective local authority action” on the problem – but local authorities have no power to act.

“Councils have no further powers unless they have been made aware of a specific safeguarding allegation,” Hackney Council says.

Defenders of the unregistered yeshivas argue that they provide an education which is rigorous and valuable, even if it doesn’t match up with mainstream expectations.

“Yeshiva education gives you a foundation for life,” says Abraham Jacobson, Lib Dem councillor for Cazenove ward. “You are taught to love your fellow man like you’d love yourself; fundamental moral principles, the difference between right and wrong.”

Cllr Jacobson attended a yeshiva himself, from the age of 14 until he was 21. He insists yeshiva schooling is no barrier to good qualifications.

“Some people do it afterwards,” he says. “We have accountants, lawyers and doctors who have been to yeshivas.”

Cllr Jacobson believes unregistered yeshivas in Stamford Hill should become registered and are intended for students over the age of 16.

The approach of Hackney Council and the DfE appears to be to work quietly and gently to bring these schools into the fold. Claims for their progress are lukewarm: 11 of the 12 known unregistered schools in Hackney have either been visited by Ofsted, been invited to register, or have “entered the pre-registration stage”. They’re all still open.

This is understandable. Stephen Pollard, editor of the Jewish Chronicle, has said that these schools “can either be made to operate properly or be disbanded. It’s that simple.” What this would mean in practice is not simple at all, however: the yeshivas are not publicly funded and they enjoy the support of their community. Short of disbandment and criminalisation, which are undesirable, there are few ways in which they can be “made to operate properly”.

A thousand boys is a large school. If yeshivas were disbanded, such a school would need to be built. More than one, to cover the area and to satisfy parents who currently want their children to attend these relatively small schools.

The successor schools would need to have a strong religious component to be palatable to the same parents – not to mention radical educational plans to make up the ground lost on secular studies. People who could potentially run them may have been criminalised for their involvement in running the unregistered schools. And all this would have to be paid for.

But still: “We didn’t come out with anything we could use in daily life or even in the future.” Are Hackney Council, the DfE and Ofsted – or whoever’s responsibility this is – working too quietly? Too gently? Perhaps just quietly and gently enough to let a sleeping dog lie.