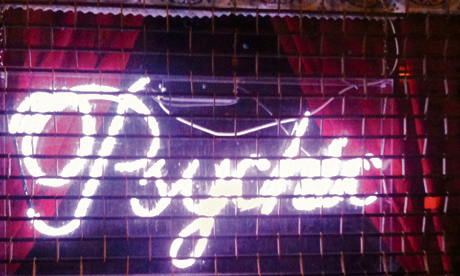 Who knows what the future holds for Dalston? Photograph: Colm McAfee

Plans to curb noise, crime and anti-social behaviour in Dalston – styled as a clampdown on nightlife by opponents – were voted through by Hackney Council last night.

Under the Special Policy Area (SPA) rules applications for new late night Dalston clubs and bars will only be granted in “exceptional” circumstances.

84 per cent of respondents to a council consultation on the plans said they were opposed to them, though 41 per cent of residents living nearby were in favour.

Hackney’s Mayor Jules Pipe told last night’s full council meeting: “For anyone who thinks this is going to damage the economy in the area, I give you Shoreditch as an example.

“That is a place where the SPA has been a success.”

Licensing Committee Chair Cllr Emma Plouviez said: “Dalston is one of the most vibrant parts of the borough and has a great selection of restaurants, bars and clubs attracting people from across London.

“This is great for the local economy, but it’s also becoming increasingly apparent that we have to manage growth if we are to ensure that litter and anti-social behaviour does not get worse – it is already affecting the quality of life for residents who live nearby.

“Having the SPA does not mean an absolute ban, it aims to strike a balance, by attracting the right type of responsible licensees to complement existing measures to reduce litter and antisocial behaviour.”

← My bloody Valentine’s: donate pint of the red stuff at Stoke Newington ChurchNorthwold Primary School academy decision due after application to Michael Gove →