A&S Cycles has been a feature on Chatsworth Road for nearly 30 years and was started by Suleman ‘Solly’ Vesamia – who sadly passed away earlier this year – and his business partner, who later moved on to pursue other commercial interests.

Solly’s widow Shameem said the shop would continue her late husband’s ethos of community engagement and charity work, which she said had helped cement the business’s reputation in Homerton and win the loyalty of customers.

She said: “Solly built up a reputation for the shop over the years with his broad understanding of mechanics and his love for the community. He gave each of his customers a more than personal service which kept them coming back and grew the business year after year.”

Of winning Best of Hackney, she said: “The votes from the community have reassured us the work we do with the community is recognised and our service levels are as expected.” 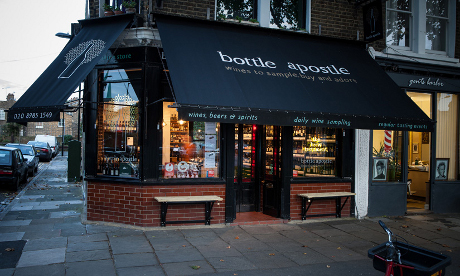 Couple Andrew Eakin and Naomi Murtagh set up Bottle Apostle in 2009 after moving to England from that mecca for oenophiles, France, and finding there was nothing on this side of the channel that could quite match up to the formidable Gallic competition.

Since then the shop in Lauriston Road, Victoria Park, has gone from strength to strength. Its major selling points are the personalised service, evening in-store events and tastings and fantastic range of wines and – in a newly created shrine to hops – craft beers, many from Hackney.

The shop carries a particularly good selection of Portuguese and Italian wines. 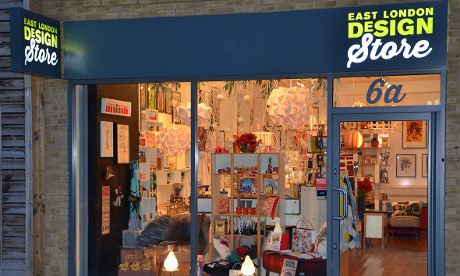 Based just off Broadway Market, East London Design Store stocks a range of products including furniture, art and wallpaper made by around 40 individual designers and has had a great response from customers since it was opened in April of this year by husband and wife team Della Tinsley and Gideon Cleary.

The pair are responsible for annual Christmas shopping event the East London Design Show, which is taking place early this month at the Truman Brewery and has been running for the past 20 years, and their permanent retail outlet grew out of the success of this event.

“The store is a reflection of what we like and what our friends like,” says Della. “Because we have been running the East London Design Show for such a long time we gave a good idea of what is popular.” 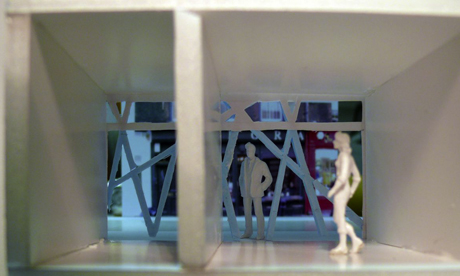 ‘Architecture for everyone’, is the slogan of Haggerston-based design, construction and contemporary architecture practice EASTWEST, and it is an appropriate one given the open and personable ethos of co-directors Dean Smith and Arezo Mirzahosseinkhan.

Despite its small scale and the fact it was established only around three years ago, the business has made waves locally and internationally.

EASTWEST was shortlisted in a competition to design a cultural pavilion under the High Line in New York. The practice is currently in the running for a major international residential scheme.

It has also completed many smaller projects, from home extensions to whole houses.

The personalised service EASTWEST provides has aided its success.

“We work to what people want and feed in our experience and knowledge into what the client wants,” says Dean.

“It’s about spending the time with the client to really understand what they want,” says Arezo. 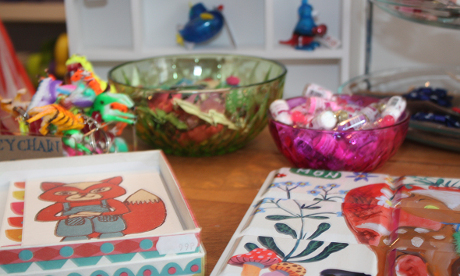 “It’s a fine balance between loving what you are selling but also understanding that there has to be a market for it,“ says Maria, owner of Hop Toy Shop on Chatsworth Road.

A former florist who started the shop in 2008, Maria stocks many products made by local designers and artists and employs four members of staff part time, all of whom live in Clapton and many of whom are illustrators.

This is in keeping with the shop’s focus on well-made, quality toys. As well as childhood classics, it stocks a range of cards (for grown-ups) for birthdays and other occasions. Of winning Best of Hackney, Maria says: “I’m chuffed to bits.” 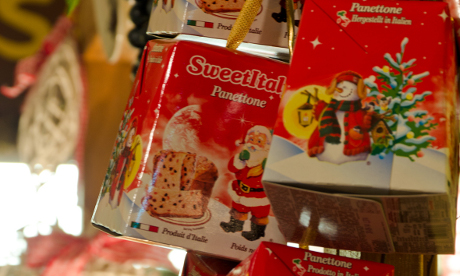 A homely atmosphere and authentic Italian cuisine have made Il Guscio a favourite in Clapton since this bijou restaurant was launched just over a year ago.

Its previous incarnation was Parioli E5, an Italian deli, the closure of which was followed by a refurbishment of the premises by Italian couple Salvatore and Martina.

“The couple that gave this place to us chose us to run it because they knew me from where I used to work and they trusted us,” says Franco, whose wife also works at Il Guscio.

Specialities include Malloredos, a sausage and tomato sauce dish.

The restaurant also sells products including speciality pastas, and the business has been such a success Franco now hopes to open a similar eatery in Islington. 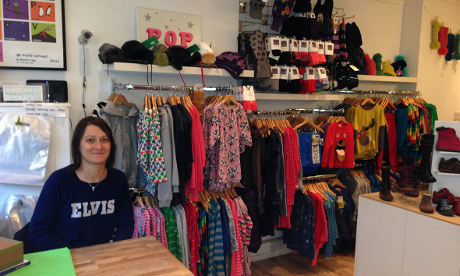 Clair Lane and Alex Tham, mothers of seven children between them, wanted to do something within their local community in Victoria Park – and it was a happenchance conversation that led to them hatching a plan to open children’s fashion and footwear shop Little GEMS.

Two and half years later, the business is going strong and has a loyal local following. The business’s selling points include its range of quality children’s clothing and shoes, baby gifts and the exemplary customer service it provides.

Clair and Alex say they want to cultivate a friendly atmosphere in the shop and make it “the sort of place you pop in for a chat”.

Little GEMS specialises in ‘Barefoot’ shoes for babies and children and works closely with a paediatric podiatrist based in London Fields who advises on such footwear and provides health information. 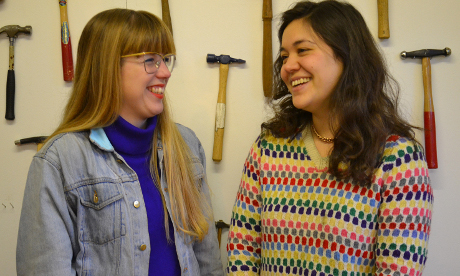 Best of Hackney winner: Made of Ore

Royal College of Art alumni Lucie Geldhill and Caren Hartley met at the prestigious Bishopsland residential course for silversmiths and jewellers and went on to found Made by Ore.

Alongside their own practices, the pair run metalwork and jewellery workshops for all ages as well as popular classes teaching skills like wax crafting, chain making and soldering.

They also rent out benches at their Dalston studio to recent graduates and others who are starting out and need a low cost space in which to work.

“The teaching space has been going for a year and a half and it took about a year to really get going and to get fully booked classes,“ says Lucie. “Now we feel like we are really contributing to the area, and the area is contributing to the business as well. To get this award sort of confirms all of that.“ 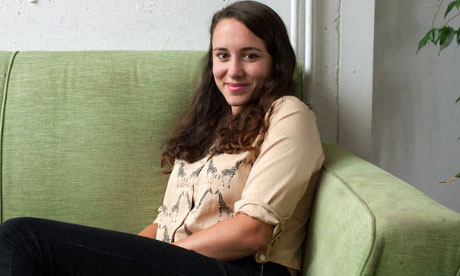 Lucia Borraccino of the Best of Hackney winning Nanny Network

Nanny Network connects parents with local childcare. The business offers a wide range of services from babysitting to nannying and was set up three years ago by Lucia Borraccino, who was born and bred in Hackney.

Lucia’s experience working as a nanny in the area led her to realise that many parents found it hard to find experienced, local and reliable people they could trust to look after their children.

“Parents like the ease of using an online service and they say it is no different to responding to an advert in a shop window,” she says. “The changing nature of traditional family and work structures has meant modern approaches to childcare need to reflect this by being available online, locally and by being flexible. 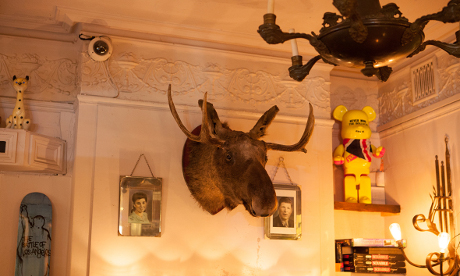 The moose head on the wall is one of the subtle indications of this lively pub’s Norwegian identity.

Owner Egil Johansen took it over in March 2009 and has set about organising an impressive schedule of events including Monday film nights in a room billed as Hackney’s smallest cinema (foreign films and free popcorn are among the draws).

There are DJs on Friday and Saturday, and the pub hosts private parties in a back room.

The menu comes courtesy of spicy street food outfit Yum Jungle, who are currently resident chefs in the pub’s kitchen, and excellent roasts are on offer on Sundays.

Egil said he wanted to thank everyone who voted for the pub and all the staff who work at the pub. 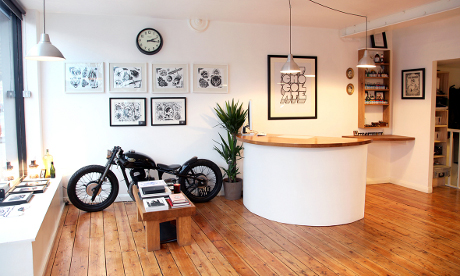 Created by graphic designer Rebecca Morris and tattoo artist Paul Hill, around two years ago, Vagabond Custom Tattoo Studio’s open plan, light and airy feel gives it a look that is different from that of a backstreet tattoo parlour and makes it appear more like an art gallery.

The studio, which specialises in exclusive and original old school tattoos, also employs artist Andrew Holbert, who is a specialist in the hand-poked method of tattooing.

“We pride ourselves on having a very good community spirit,” says Rebecca, who is in charge of the marketing side of the business. “On this road it feels like there is a great creative hub of businesses and we all try and help each other.”