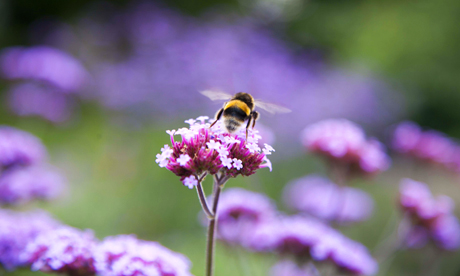 Campaigners have criticised Hackney Council for spending £40,000 on dousing streets with a controversial and potentially harmful weed-killer.

The Town Hall says it will continue using glyphosate, which is sprayed onto pavements by its contractor – despite concerns about the chemical’s impact on human health and on wildlife.

The council says it would be more expensive to remove weeds by hand, adding that “procedures” have been independently assessed as safe.

Some laboratory tests using animals suggest a link between glyphosate and infertility.

Friends of the Earth campaigner Paul de Zylva said tests had found the chemical was now present in the urine of Londoners, meaning it has entered the food chain.

He said: “It’s not surprising the council is using it. It’s marketed as the main chemical for weed killing.

“It is in such general use it is showing up in people’s urine. This is an indication that it is getting into the water system.”

Some ecologists fear glyphosate may be linked to a sharp decline in bee numbers in recent years, but entomologist Russell Miller said he had seen no evidence proving this.

But he added: “All chemicals have potentially long-term consequences which may not be known about at the time you are using them.”

Councillor Feryal Demirci, Cabinet Member for Neighbourhoods, said: “Our professional contractor does not do ‘blanket spraying’, but uses a lance to target live weeds as the product only works on green, living plants and does not enter the soil beneath pavements.

“The vehicles are adapted so that they can be driven safely on pavements very slowly, using one hand to steer and one hand to spray weeds. Our procedures have been independently assessed as safe by the Health and Safety Executive.

“Removing weeds by hand would cost £500,000 a year and be less effective than using herbicides.

“If we let weeds grow uncontrolled they would look unsightly and damage pavements, which would have to be repaired at great cost to the tax payer and cause hazards to pedestrians.

“Litter and detritus collects around excessive weed growth, so our streets would also be less clean.”

Cllr Demirci said there was no evidence that using glyphosate to target weeds on pavements is dangerous to the environment or to humans.