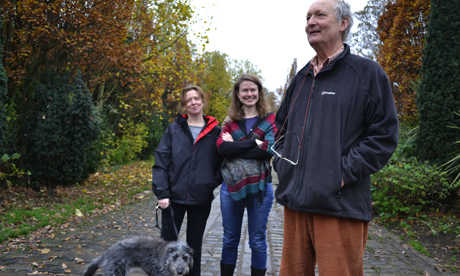 The future of a group set up to help preserve Abney Park is in the balance after Hackney Council declined to renew its lease.

The Abney Park Trust was formed 21 years ago and educates the public about the nature and heritage of the cherished Stoke Newington nature reserve and cemetery – an historic burial place that was one of the ‘magnificent seven’ Victorian cemeteries and is home to wildlife including owls.

The trust’s lease expired earlier this year, when the council granted an extension of just one year – meaning the group could be out the door by May 2014.

A meeting is scheduled for Thursday 5 December, when the group hopes to receive urgent clarification from the council about its future plans for the woodland space.

“To be brutal about it, we were told at the beginning of this consultation that everything was on the table, and we still assume that is true, so the worst case scenario is that they close the place,” he said.

“I don’t think that’s likely. There would be a great deal of opposition.

“Another possibility is that they hand it over to a body with no local connections.

“The third is that they set it up in such a complicated way with different bodies in charge of different bits.” 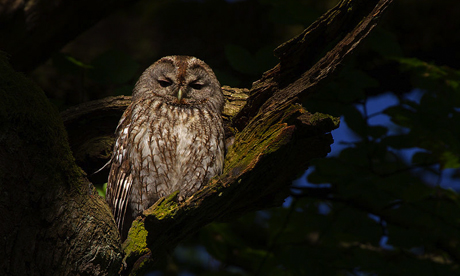 Is this wise?: Abney Park is home to wildlife including a population of tawny owls. Photograph: Andreas Trepte, www.photo-natur.de

The trust has been unable to make applications for much-needed funds because of the uncertainty over its future.

Mr Bourdillon said the cemetery chapel, which featured in the music video for the Amy Whinehouse song Back to Black, is on the list of the top 10 heritage buildings at risk in London.

“It’s a listed monument and someone has legal responsibility to stop it falling down,” he added. “It will fall down in 10-15 years if someone doesn’t spend some money on it.”

The chapel, designed by architect William Hosking, is currently ringed by hoardings to prevent visitors from being injured if parts of the structure collapse, and other parts of the park are in a poor state of repair.

Under the terms of the contract, Hackney Council, as landlord, is supposed to carry out maintenance work such as keeping paths clear, carrying out repairs and collecting litter, while the trust looks after cultural events and education.

But Mr Bourdillon said the council had “reneged on its obligations” for years, meaning the trust has been forced to spend much of its grant money merely on trying to stem the infrastructural decline.

The trust recently secured an entertainment licence, allowing it to host gigs and theatrical productions in the grounds, and it has put together a package of events designed to engage the community and revive Abney Park.

Trustee Kirsten Foster said: “We’ve been left hanging for years. Bernard tried to talk to the council about our lease four or five years ago because he knew it was up for renewal but they wouldn’t discuss it.”

Justina Kochansky, another trustee, said the council had appointed an architect to draw up a new ‘vision’ for Abney Park months ago but had not released information about its plans.

Councillor Jonathan McShane, Cabinet Member for Health, Social Care and Culture said: “The council has recently responded to the need for urgent improvements to trees, memorials and infrastructure by paying for a range of health and safety related works.

“In addition, the council has commissioned a review into of the range of possible future management options for Abney Park and will meet with the Trustees of the Abney Park Trust on Thursday 5 December to discuss the findings of this review, and the Council’s intended future approach.”

Earlier this year the council gave permission for a controversial Sainsbury’s supermarket to open at the Wilmer Place site next to Abney Park, despite protests from ecologists who feared the plans would harm the park’s wildlife.

Note: This article was changed at 1.48pm on Friday 29 November 2013 to include a quote from Councillor Jonathan McShane, which was sent to the Hackney Citizen by the council’s press office after our deadline for responses had passed.