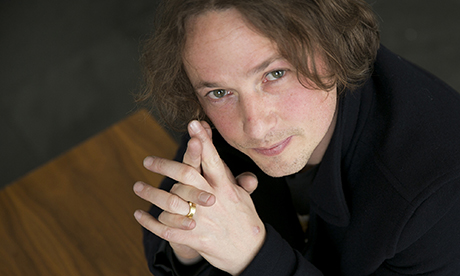 Gareth Rees’s semi-autobiographical short story A Dream Life of Hackney Marshes is about a man who has a nervous breakdown and embarks on an affair with an electricity pylon.

It was included in an anthology of writing published last year, and now Rees has followed it up with a psychedelic work of fiction featuring bears, crocodiles and sex cults.

The book, Marshland: Dreams and Nightmares on the Edge of London, which contains suitably weird illustrations by Ada Jusic, is due to be published in November.

Rees’s obsession with the Marshes began when he first visited the Middlesex Filter Beds while walking his black cocker spaniel Hendrix.

“I’d never really realised it was there,” he says.

The copywriter, now 40, had found what was to become his muse.

“The filter beds looked like the temples of Tikal with Mayan walkways with overgrown bits,” he says. “The dais in the middle had a fire burnt out in it like some ceremony had taken place. It was like going into the back of your wardrobe and discovering Narnia.”

The overgrown chunk of East London flanking the old River Lea inspired Rees’s blog, ‘The Marshman Chronicles’, in which he delves into the history and mysteries of this wild place, telling tales of Saxon longboats rising out of bogs, occult gatherings and feral humans.

“It was an escape from the canalised city,” says Rees. “People live in these deep trenches.

“You go through turnstiles. Everything’s logged. You’re under pressure from friends and work. You’re always acting.

“And then there is this place where there is no story. There’s no clear narrative. It doesn’t belong to anyone.

“It’s good for writing stories and thinking about things, but it also gives you a sense of the arrogance of the city.”