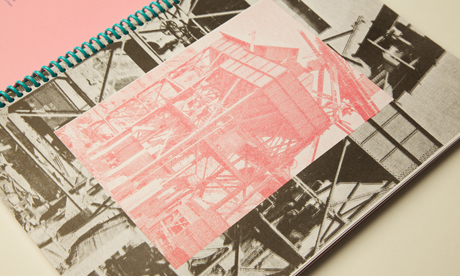 In the Hackney Citizen office I was asked if I knew much about psychogeography and situationist theory.

Having read Peter Ackroyd’s biography of London and enjoyed W.G Sebald’s account of a mosey around East Anglia, my knowledge is confined to the mainstream.

How Buildings Kill was a shock to the system and a struggle, but a rewarding one.

With contributions ranging from a conversation with pioneering situationist Jacqueline De Jong, to a bizarre account of the disappearance of an obscure Eastenders actor, it is original to say the least.

The book, brimming with complex but intriguing ideas, kicked off with an unsettling description of the castle in The 120 Days of Sodom.

We are taken through the clinically devised rooms of the “renowned temple appointed for so many luxurious sacrifices”, in a manner reminiscent of a concentration camp tour.

It is an uncomfortable but stimulating start.

An article about the cultural significance of Godzilla as a symbol of urban Japan’s destructive power, a creative topographical slant and an inspired use of image compliment the text significantly.

But it is the expertly titled, ‘Buildings don’t kill people, people do’, that is most impressive, providing the book’s most illuminating insight into the discipline for a novice.

Regularly voted the worst building in the country, it was despised by most, but became an unexpected object of affection for some.

Remarkably unsuccessful as a shopping centre, it gained revolutionary potential: having diligently failed to make money, it was used, among other things, for pornographic photo-shoots and LaserQuest sessions, defying its original bourgeois purpose.

Tragically, the council had its way and it was demolished in 2004, but Hatherley pays it its due, writing: “Its sheer strangeness and melodrama made it into the most magnificent failure.”

How Buildings Kill sets out to draw readers’ attention to the oppressive influence that buildings with a capitalist function have on the authentic human experience.

At its best it is both challenging and entertaining.

It is a provocative, sometimes alarming, piece of work that reminds us to seriously consider our relationship with the modern consumerist landscape. It confounds, disturbs and enlightens in equal measure.

How Buildings Kill is published by Tombstone Press. It is available from Pages of Hackney and selected stockists. RRP £12.