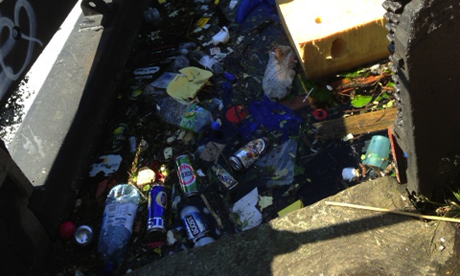 Revellers who defied warnings and staged a chaotic rave on the canal this month were exposing themselves to the risk of catching a potentially deadly disease.

Carriers may be unaware they are infected with Weil’s Disease because symptoms can take as long as two weeks to manifest themselves.

A spokeswoman for the Canal and River Trust confirmed drunk partygoers who were seen falling into the Regent’s Canal during the controversial event on 1 June were placing themselves at risk of infection.

The disease, also known as Leptospirosis, can be contracted where open wounds are immersed in untreated water contaminated with rat urine.

Symptoms include hemorrhaging from the mouth, eyes and internally.

44 people in the UK were treated for Weil’s in 2011, and in 2010 an Olympic rower died following infection.

The loosely organised group responsible for Canalival, an ad hoc party advertised on social media, pulled the plug on the event just over a day before it was due to go ahead, but thousands of people turned up anyway to hoist anchor in rubber dinghies.

Graham Hindley, President of the Regent’s Wharf Residents’ Association, said: “People were jumping on and off boats and hauling themselves up the embankment. With water splashing around they could have exposed themselves to risk of infection.”

Residents complained of serious anti-social behaviour and said broken glass, urine and faeces were left by partygoers, whose presence is said to have caused damage to the nests of canal-based waterfowl.

No arrests were made, and police have not said whether any of the allegations of anti-social behaviour are being investigated.

Council staff cleared over five tonnes of rubbish from the towpath.

Councillor Feryal Demirci said: “Luckily there were no serious accidents, but the noise and mess residents had to endure was not acceptable and the clean-up operation cost council tax payers a considerable amount of money.

“The council and police are in contact with the organisers and the Canal and River Trust to ensure this does not happen again.”

The Hackney Citizen has approached organisers of the cancelled Canalival event for comment but they said they could not speak to the press.