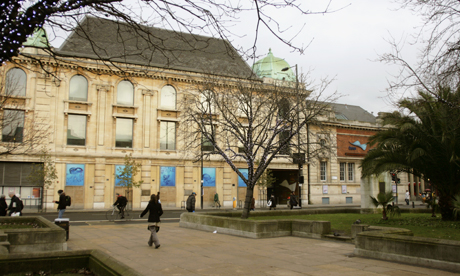 The Ocean building is to become a cinema. Photo: Hackney Citizen

Mare Street will have its very own four-screen Picturehouse from this autumn.

City Screen, an independent cinema chain, has been awarded the lease for the former Ocean building, which opened as a music venue in 2001 at a cost of £23 million but went into administration in 2004.

Hackney Council then secured interest from two potential tenants for the building, whose offers received in-depth evaluation – but it is not clear whether the lease was put out to tender. “The council will comment on plans for the building only after the full terms of the lease are finalised,” said a spokesperson.

Charles Rubinstein, general manager of the Rio cinema on Kingsland High Street in Dalston, reacted positively to the news, saying that the new cinema will increase greatly increase the choice of films available for local people to see without having to leave the borough. Despite recognising the overlap in programming between the Picturehouse and the Rio, he appeared unfazed about any possible competition.

“The Rio has a loyal and enthusiastic audience and we hope that even if many of our regulars visit the Picturehouse, they will continue to also want to see films at the Rio,” he said. “The Rio’s building is much loved for its charm and atmosphere and this is something the new miniplex is unlikely to be able to rival.”