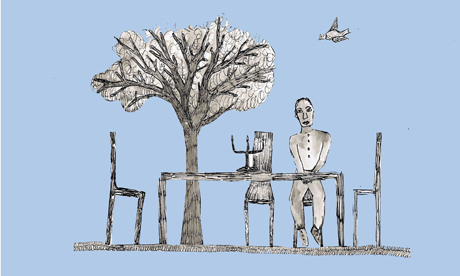 Table on the Marsh presents a permanent communal public dining space for visitors of Walthamstow Marshes. The table, which is able to seat twenty people, is designed by local architect Tabitha Pope, whose imaginative and sustainable proposal was selected by curator Alexandra Parry following an open competition in the beginning of 2010 that saw over 50 proposals. The oak dining table will be richly carved with patterns carefully collected from local residents and will remain installed as a permanent structure.

The project seeks to highlight the cultural importance of the city’s green spaces, as they are not only sites for leisure, but also socialising and family time. The project aims to encourage creativity in public space and create connections amongst friends and strangers. The project has been curated by local artist Alexandra Parry.

The project has been sponsored by UnLtd and Lee Valley Parks. Tabitha Pope is an architectural designer and part of the collective Recycled Venues who are a collaboration of people who build structures that emphasise environmental sustainability and a participatory approach to architecture and building.

On Sunday 17 October the table will be celebrated in a day of feasting. Participants are asked to bring along a home-cooked dish to share with others. Events on the day include a walk and talk about local flora and fauna on the Marshes, workshops in printmaking and puppetry and music from local folk musicians Theo Bard and Louisa Jones and bluegrass from the Yellow Bellies.

Creeping marshwort settles down next to 2012 Olympic site

← Tory Olympics? What do the ticket prices say?London Mayor slammed over ‘U-turn’ on traveller sites →