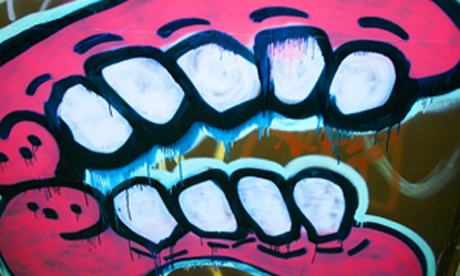 THE streets of East London serve as a canvas for artists: from the stone sculptures on London Fields to the Hackney Peace Carnival mural brightening up Dalston Lane.

The public can feast their eyes on artwork galore: with East London’s regeneration set in motion, funds will be supplied to add further splashes of culture to our streets, which are already bursting with council-funded installations, as well as impromptu  paintings animating drab brick walls.

The age-old tradition of creating art to be displayed in public, to be consumed with no elitist restrictions, remains a hot topic for both those immersed in the art world and those who are not but who are nonetheless confronted with this art form.

As a tool to enable integration of all the community, accessible to all eyes – it seems a harmless act. And yet artists, as well as the local neighbourhood, seem to boil up with fervent dislike of, or passionate love for, public art.

An umbrella term for a variety of different forms of expression, public art stems from the traditional bronzed monuments scattered around London to certain architectural forms and from graffiti to street performance. It can span the mundane to the absurd – from etchings on bus shelters to creations such as Rachel Whiteread’s House.

Whiteread’s 1993 cast of the inside of a Victorian house in East London was demolished by Tower Hamlets Borough council a year after it had won her the Turner Prize for best young British artist. This decision was later questioned as Whiteread gained fame.

It seems that there is one aspect of public art that is agreed on – if it is produced by a famous artist there will be little debate or petition over the creation. After the initial attempts by councils around England to clean all walls of graffiti, the street artist Banksy rose to fame and much of his work is being protected by perspex sheets.

The sliding scale of funding offered for art in public places influences the type of art that is being produced. At the top end, developers offer artists vast amounts of money for sculpture or installations which will attract business and tourism to the area – such as the £500,000 for Spitalfields Bishops Square Public Art Programme.

The council employs local collectives to paint large murals for a smaller sum, and artists are sometimes paid by shop-keepers to paint their shutters.

At the bottom end of the scale sit the graffiti writers who line our streets with their artwork – un-commissioned and un-funded. In contrast, vast amounts are spent on cleaning up graffiti in Hackney (the exact figures were not disclosed by Hackney Council when requested).

Local Hackney artist Jamie Brown shares his frustrations on the contradictions inherent in the attitudes of public authorities: “I have been both deplored in the courts for my illegal creative actions, and praised for my work as graffiti art youth worker – in both cases I have been practicing the same art form.

“People often get confused at the idea that myself and many others are in high demand to lead graffiti art workshops for young kids and teenagers (often funded by the local council) when this behaviour is condemned in the public realm (by the same council).”

Hackney Council is willing to fund youth workshops in which artists such as Brown are employed to work with young people, aiming to encourage communication and creativity.

It also endorses programmes such as CHALK4PEACE, which is implemented to promote local community activities.

Ella Medley Whitfield organised a successful evening on London Fields recently, encouraging the neighbourhood to draw on our streets with colourful chalks that she distributed.

At the end of the evening she shared her delight at the turnout: “It’s been amazing – people who were on their way home from work dropped their bags on the floor and got down on their hands and knees, creating beautiful pieces. There were also youngsters cycling around on their bikes who were persuaded to have a go and they made some brilliant contributions”.

John Aaron, of CHALK4PEACE, describes chalk painting as an evanescent art – it’s here and gone. The impermanence of the drawing perhaps persuades the Council to refrain from discontinuing this practice. The permanence and intention of public art pieces or events seem crucial to how they are received.

With a philosophical view on publicly commissioned art, both traditional and contemporary, is Jane Howard, a recent graduate in sculpture who works from her Hackney studio. “Public art causes a real stir in the art world,” says Howard, “because it’s often compromised by the local council and swayed by funding”.

Howard felt that during her degree she was taught unfairly to criticise public art, which she now describes as ‘snobbery’. She explains that: “public art is now more beautiful as I’m less pretentious about it – it’s a gesture, an offering, and it’s usually done with good intentions.”

She admits that public art has to be “quite safe and tepid; playing on formal attributes, as it is community art and has to be inoffensive for children and the general public.”

Howard believes that the aversion to certain pieces of public art is due to the prominence and permanence of the artwork. “Public art is a permanent fixture: if it’s next to your house and you don’t like it, it’s there forever.

“There is a lot of horrible architecture which is public sculpture”. But the councils do not often order the demolition of these buildings.

On graffiti as an art form, Howard has her reservations. In Hackney, she says, “Guerrilla art suits the atmosphere – there is a correlation between public art and graffiti and it suits different areas, but if beautiful architecture is graffed on, it’s distressing”.

Howard has “real loyalty to some graffiti pieces” but feels there is such an abundance of the stuff that it ruins the area. And she deems “the whole tagging thing” very adolescent and associates it with young boys. Her mixed feelings inform her love/hate relationship with graffiti.

One organisation that is unequivocal in its disposition towards graffiti is Encams, which runs the Keep Britain Tidy campaign.

A total of 123 MPs signed up to its campaign against graffiti. A letter of support was received from these MPs offering the following endorsement:

“Graffiti is not art – it’s crime, making our neighbourhoods look squalid, damaging people’s property and when it’s racist or offensive, it causes fear and heartache. On behalf of constituents and all right-minded people, I back this campaign and will do all I can to rid our community of this problem.”

She discovered that:  “Some types such as community projects and graffiti art were regarded as legitimate or permissible. Others such as tagging, etching and offensive graffiti were seen as more objectionable.” The public agreed that certain areas, such as disused or derelict land, could benefit from graffiti – provided it was of ‘good quality’.

Again, we return to the ‘good art, bad art’ debate and as Brown proclaims: “With all art it is completely personal, but one always knows what one likes and that’s enough for me. You just agree to agree or agree to disagree.”

Howard and Brown share the view that judgement is blurred by taste and that an appreciation of any public art is coloured by the artist’s, or viewers’, preference.

“But taste shouldn’t always override what the art’s trying to say,” says Howard. “Just because you don’t like something doesn’t mean it isn’t valid as a piece of artwork.