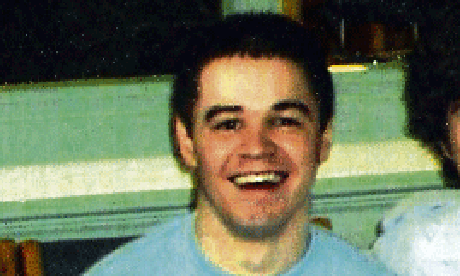 The campaign to secure a new trial for 20-year-old Hackney resident Sam Hallam, convicted of the murder of Essayas Kassahun in 2005, has recently been given a boost by the news that Hallam’s case could receive another chance at the Court of Appeal.

Campaigners, however, believe that Hallam was wrongly imprisoned, following a flawed investigation and the presentation of dubious witness testimony, and have been campaigning for his release for the past two and a half years.

Last September Hallam was the subject of an episode of Tonight with Trevor McDonald on ITV1, presented by actor Ray Winstone, whose nephew was a good friend of Hallam.

In the same month, hundreds of campaign supporters marched through Hackney to highlight the case.

Hallam’s counsel lodged an application for leave to appeal at the end of 2005. The appeal was based on the grounds that the state of the evidence locating Hallam at the scene of the crime, which led to his conviction, was so poor that the judge should have withdrawn the case from the jury.

The full appeal hearing took place in March 2007, with Hallam’s counsel arguing that the flawed identification evidence should never have been heard, since the two witnesses for the prosecution had given conflicting accounts in police interviews, written statements and trial testimony.

The Court of Appeal dismissed Hallam’s appeal however, and the only means of securing a further hearing is by referral from the Criminal Cases Review Commission (CCRC) based in Birmingham, which was set up in 1995 to review possible miscarriages of justice and to decide whether convictions should be referred to the appeal courts.

In most cases, the CCRC will only refer convictions when new evidence casting doubt on the safety of the original conviction emerges. On 20 February of this year, the Sam Hallam Campaign delivered a dossier of new evidence to the CCRC, which campaigners say supports Hallam’s innocence.

The fresh evidence includes new testimony from many of the youths originally questioned, who state that Hallam was not at the murder scene.

It also contains material which Hallam’s supporters claim casts serious doubt on the truthfulness of the chief prosecution witness at the trial, and statements from witnesses supporting Hallam’s account that he was not at the murder scene, which it is claimed, police failed to disclose to defence lawyers at the time of the trial.

To coincide with the presentation of the dossier, Hallam’s family, neighbours, friends and supporters held a vigil outside the CCRC offices in Birmingham.

As Hallam’s 21st birthday approaches (9 July), campaigners are optimistic about the CCRC’s decision to review his case this September, with the possibility of obtaining his release in time for his 22nd.

← Plans hatch to make or break DalstonRevolution on the Marshes →